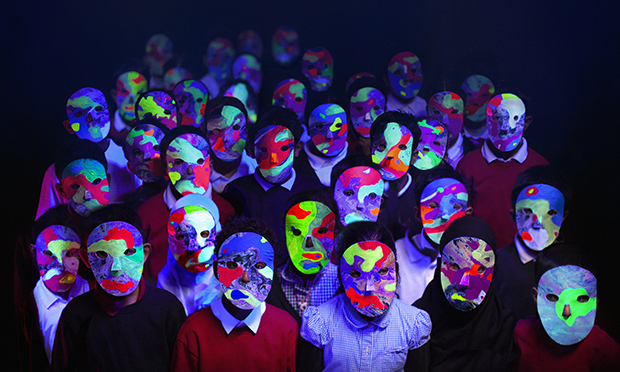 ‘Spooky’: A still from No Ordinary Protest. Image: courtesy of Whitechapel Gallery

Greek-British artist Mikhail Karikis called on the help of primary schoolchildren for a new science fiction-inspired exhibition at the famous Whitechapel Gallery.

No Ordinary Protest is the 10th show from the gallery’s Children’s Commissioning Programme, which was launched in 2009 with the aim of giving youngsters a chance to work with established artists.

The exhibition, which opened this month and is on until early January, combines film, sound and performance – and takes its lead from Ted Hughes’ 1993 children’s novel The Iron Woman.

The book sees a female superhero infusing youngsters with a mysterious power in order to tackle a mounting ecological disaster.

These children have the ability to hear a supernatural noise, transmitted by touch, which echoes the collective howl and suffering of creatures affected by pollution.

In protest against the apathy of the adult population, the children infiltrate factories and infect grown-ups with their cries for immediate action. 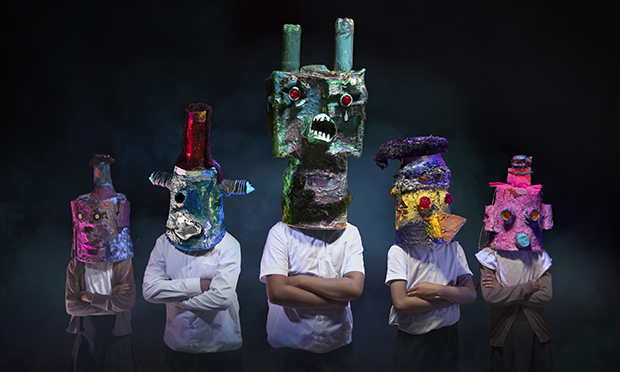 In a series of workshops, Karikis invited seven and eight-year-olds from Mayflower Primary School to reflect on the environmental themes of Hughes’ novel, and to imagine the enigmatic noise heard by the children in the story.

Over the course of a year, the group improvised with vocalisations, musical instruments and toys, and conducted experiments in which noise took on visual forms.

The result is a film and installation through which Karikis echoes the narrative of The Iron Woman as an eco-feminist parable.

The exhibition was also commissioned by Film and Video Umbrella (FVU) and the Middlesbrough Institute of Modern Art (MIMA), with the support of Arts Council England.

In an interview for FVU, Karikis said: “The film No Ordinary Protest presents a group of children who are debating on the environment and the reckless attitude of adults towards it.

“That debate ignites a sort of activist spirit in them, and a spirit of solidarity, and they take action – which is quite imaginative and, perhaps, spooky.” 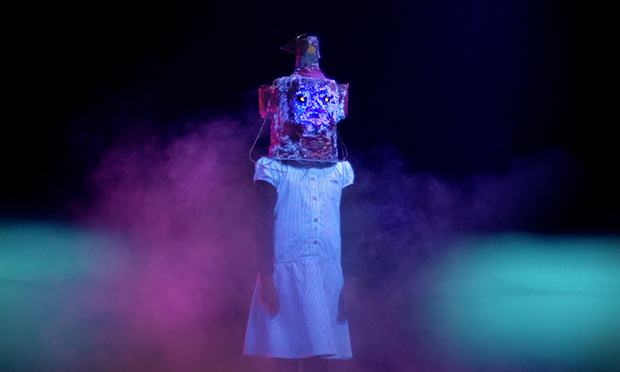 ‘Imaginative’: the children collaborated with Karikis for over a year. Image: Whitechapel Gallery

Karikis, whose art has been exhibited at galleries all over the world, said he often thinks about how his work can “give agency to other people” – in this case, it was young children who have “no audible political presence”.

He added: “Another aspect of this project is the theme of environmental crisis – that we think about it and see it from the perspective of the next generation.”

Sofia Victorino, director of education at the Whitechapel Gallery, said: “Karikis’ work touches upon themes that affect us all: a sense of belonging, the environment and the power of a collective voice.

“The collaborative process he developed with the children inspired them to expand their activist imagination and claim other possible futures.”