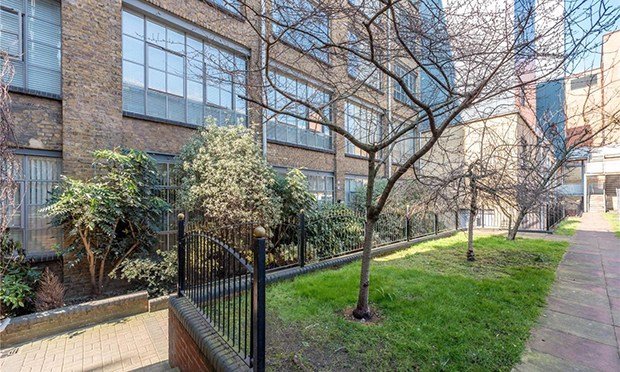 Back To The Drawing Board: Plans affecting Chocolate Studios to go back to extended consultation. Photograph: Alexandra Stara.

Hackney Council has decided to hold off on taking any decision on a controversial planning application to throw up a hotel adjacent to an historic chocolate factory.

A council spokesperson confirmed to the Citizen on 22 August that the development on Westland Place next to Chocolate Studios would progress to committee stage, despite admitting there are potential inaccuracies in the application documents.

On 23 August, residents were told by planning officers that the application would in fact be taken back to consultation.

The message to residents read: “I can confirm that the application will not be going to sub-committee on 5 September, and a consultation will be opened again with additional drawings.”

Residents’ concerns at the application’s progress were fuelled by surveys which had revealed that Acre Hotels’ planned development would have a major impact on Chocolate Studios’ occupants and businesses, with some flats set to lose up to 87 per cent of their light under current plans.

In response to questioning as to why the council’s position had changed, a council spokesperson said: “It has always been the case that the planning application will be decided based on exact and detailed plans that will be made available to the planning committee.

“These have been provided directly to the residents at Chocolate Studios as part of on-going engagement on the proposals. Where measurements presented online are estimates or averages this has been clearly stated.

“However, to ensure the most detailed plans are accessible to as many people as possible, additional drawings will be published online and the consultation period extended to allow any new comments to be fully considered before the application is presented to the Council’s planning sub-committee.

“The impact of the proposed development on Chocolate Studios and other residents and businesses nearby will be fully examined as part of the consideration of the application.”

Residents of Chocolate Studios who have been vocal in their opposition to the plans welcomed the news that the application had returned to the drawing board.

Resident and professor of architecture Alexandra Stara said: “We very much welcome the news that the Council saw sense and pulled this application from imminent hearing, and that it will now demand new drawings and open a new public consultation period, in accordance with due planning process.

“Planners set a hearing date that left us with 48 hours to submit anything, without notifying a soul. We only found out about the scheduled committee from our vigilant ward councillor, Cllr Yvonne Maxwell.

“Officers were rushing this application to a hearing with not a single drawing showing any measurements, let alone anything detailed, relying on two inexact sketches claiming grossly misleading averages for any sense of distance from neighbours.

“A single plan was sent to us that did show correct distances, after we, at our own cost, provided a professional measured survey to the council.

“But that plan was never made available online and, crucially, its misleading predecessors were never removed.

“If we hadn’t intervened the planning committee would have had a full suite of wrong material online, in the official planning portal, and, maybe, if officers did give to them separately, one diagram saying otherwise, on which to base their decision. How is that following due process?”