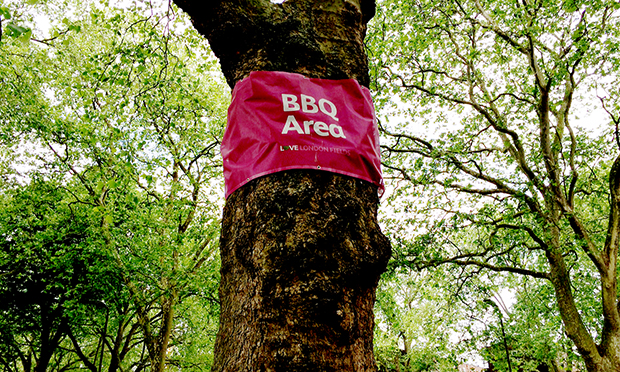 London Fields is the only park in Hackney where barbecues are permitted. Photograph: Hackney Citizen

Hackney Council has temporarily suspended the use of barbecues in London Fields because of the high risk of fires during the current heatwave.

The Town Hall has responded to advice issued yesterday by the London Fire Brigade, which has reported a record-breaking number of grass fires this year.

The service says it has tackled six times more large grass fires in 2018 than it did throughout the whole of last year.

The capital’s Fire Commissioner Dany Cotton said: “I have attended a number of these large grass fires and it never ceases to shock me how many abandoned smouldering barbecues fire crews spot.

“In these arid conditions, barbecuing on dry grass is not just thoughtless, it’s reckless.”

Cotton added: “I know a barbecue ban can be difficult to enforce and many councils have already implemented a ban but I am calling on all our partners to do whatever they can to help us protect London’s open spaces from devastating blazes.”

She said: “As a result, we are suspending the use of all barbecues in London Fields – the only park in the borough where barbecues are allowed – with immediate effect.

“I would like to urge all residents and visitors to Hackney to comply with this request from the fire brigade and not use barbecues in any parks or green spaces in the borough.”