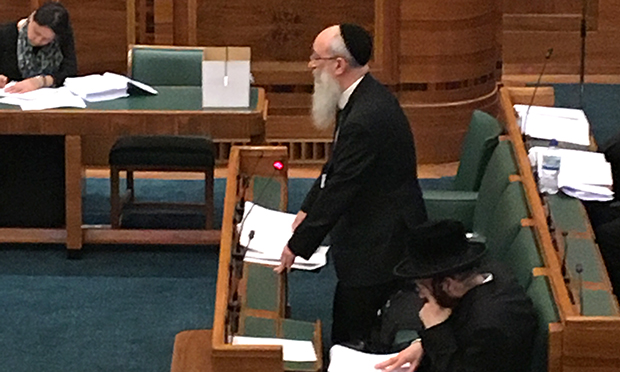 A Conservative councillor accused Deputy Mayor Demirci of lying about a meeting he had had with former Mayor of London Boris Johnson, in a heated discussion over the curtailment of the 73 bus route.

The disagreement broke out at last night’s full council meeting after Conservative leader Cllr Simche Steinburger asked Deputy Mayor Feryal Demirci what she would do “to assist those Hackney residents who rely on buses to go about their daily business.”

Cllr Steinberger referred specifically to the curtailment of the 73 bus route, and said that many who used to take the route now have to take two or three buses to reach the same destination.

The 73 bus used to run from Victoria through Stamford Hill, terminating in Seven Sisters.

Since its route was cut in 2011, the 73 now takes passengers as far as Stoke Newington. It then continues on to Stamford Hill where it is parked up.

Alongside the 73, the 242 bus route has been cut in recent years, and the Town Hall says plans are in motion to trim back the 277 journey between Dalston Junction and Highbury and Islington.

There has also been a reduction in the frequency of buses along at least 16 routes across the borough. 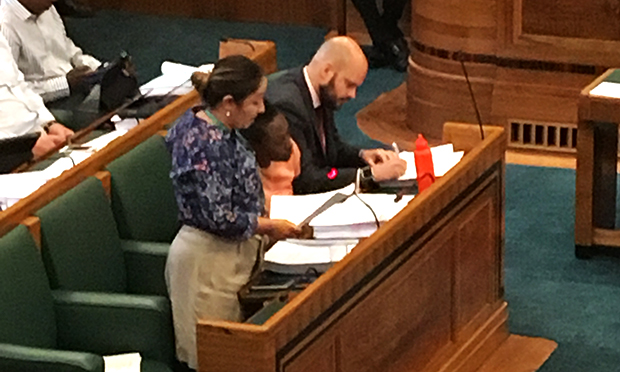 In response to Cllr Steinburger’s question about the 73 bus route at last night’s meeting, Cllr Demirci said: “We have done a hell of a lot more for buses and transport in this borough than the opposition has.”

“When this Labour administration was fighting to stop Boris Johnson cutting the 73 bus, the opposition was busy lobbying their mayor Boris Johnson to stop the investment from coming into this borough- to stop the Stamford Hill junction from going ahead and safety requirements in that area.

However, Cllr Harvey Odze (Conservative) objected to Cllr Demirci’s claim that they had not taken the opportunity to lobby the former mayor of London to stop the curtailment of the bus route.

“I ask her to stop lying about what we asked Boris Johnson for- she obviously wasn’t at the meeting,” he said. 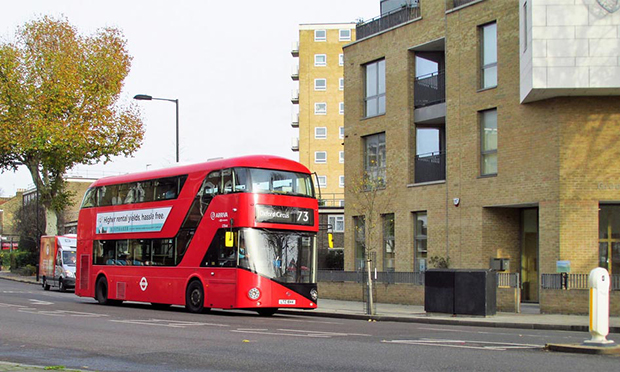 In response, Cllr Demirci said: “In all my time as the lead member for transport over the past eight years, the opposition have never raised the issue of the 73 bus route with me personally. “

“Labour members raised the issue of the cut to the route in January 2012, but the opposition only called for a review on the changes to the 73 route in 2017.

“They had a myriad of options to lobby for the 73 bus and they only choose now to bring it up. It’s a bit late – that bus is gone.”

Last year Cllr Steinberger tabled a motion calling on Hackney Mayor Philip Glanville to intercede with the Mayor of London with the aim of getting him to launch a review of the 73 route.

However he accused Labour of effectively watering down his motion in the amended version they voted through.

In response, Cllr Demirci said the consultation would be “used as evidence when we are fighting TFL when the cuts are coming forward”.

The Town Hall launched its bus services consultation in February to allow residents to have their say as it prepares for talks with Transport for London, in anticipation of further cuts.

After the meeting, Cllr Steinberger told the Citizen: “When the Conservatives brought their petition about the 73 bus to Hackney Council, the Hackney Labour Party should have supported it as it was originally worded – demanding that the route should be reinstated at least as far as Stamford Hill.

“In addition, the Labour Party should have lobbied Mayor Sadiq Khan to prevent the bus route from being cut back from Victoria to Oxford Circus.”

Update: this article was amended at 15:50 on Friday 27 July 2018 to include an additional quote from Cllr Simche Steinberger.