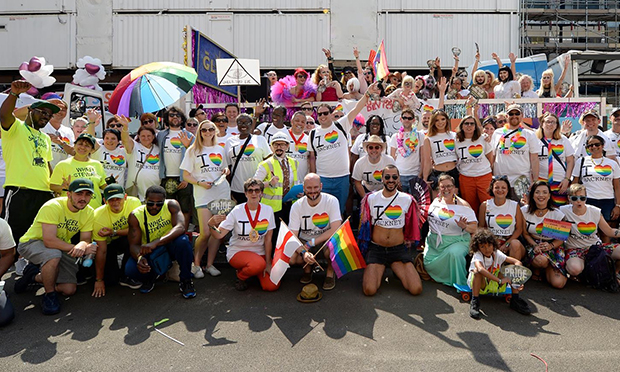 Out and proud: the borough’s contingent for Pride in London. Photograph: Hackney Council

The event saw 30,000 marchers descend on the capital for a colourful and passionate display in support of LGBTQI+ equality, cheered on by one million spectators. 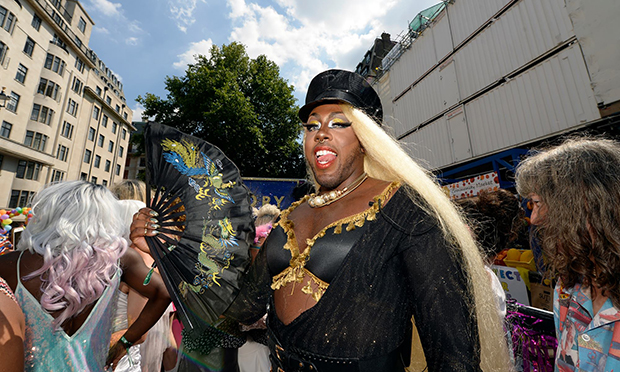 The council’s Pride 365 float – named in honour of its year-long LGBT+ festival – featured entertainment from 20 performers from The Glory pub in Haggerston.

The watering hole’s co-owner Jonny Woo said: “The Glory brought the performance and the party to Hackney Council’s fantastic Pride in London float.

“With a fabulous Glory squad that mirrored Hackney’s diversity and creativity, curated by myself and [fellow co-owner] John Sizzle, new drag stars like Freida Slaves joined young trans performers like Carmen Getit, drag kings like Don One and fashion faces including Princess Julia.”

Sizzle said it was “fantastic to see the joy on crowd’s faces as they joined in with big sing-a-longs to Wham, Whitney and Madonna”. 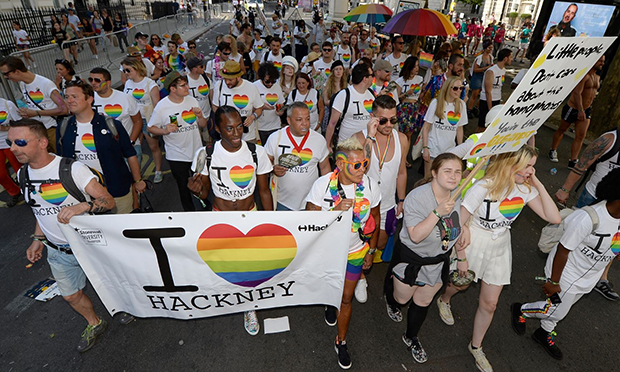 United: community groups from across the borough marched together. Photograph: Hackney Council

The march was not without controversy after a small number of anti-transgender protesters from radical feminist group Get the L Out pushed their way to the front.

Pride in London organisers later apologised, but said it could not forcibly remove the group because the protest was not a criminal offence.

But Sizzle added: “Despite reports of counter-productive protests holding back the start of the parade, The Glory along with their Hackney Council pals refused to let anything except love rain on their parade. Roll on next year.”

Mayor Glanville said: “Bringing Hackney to Pride, with one of the most inclusive and diverse contingents we amplified the message, that we as a borough march in solidarity, passionately challenging all forms of hate such as transphobia and homophobia, while celebrating and standing with the LGBTQI+ community both here and across the world.”

You can keep up with news and events for Hackney Pride 365 on the festival’s Facebook page or by visiting visiting hackney.gov.uk/lgbt