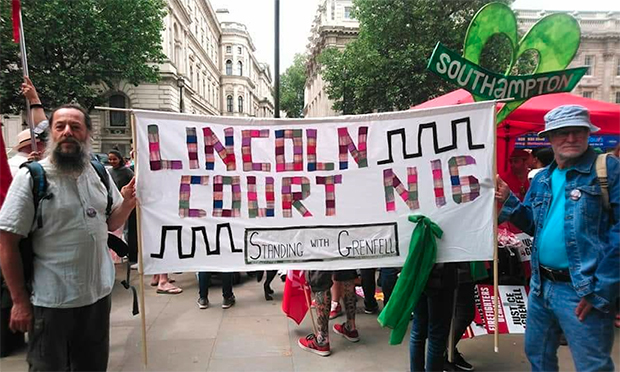 The government’s independent regulator says fire safety plans for re-cladding work at a Hackney estate are “unsatisfactory” – and has asked the council’s contractor to revise them before any cladding is removed.

Lincoln Court residents last month raised concerns over contractor Wates’ handling of health and safety issues as it prepares to replace the cladding on the estate’s three tower blocks – which was found not to meet modern standards.

Garry Saunders, a recently retired health and safety manager for Hackney Council who lives at Lincoln Court with his partner, emailed the Town Hall on several occasions and raised a formal complaint with Mayor Philip Glanville.

Saunders said flammable insulation had been left exposed and combustible waste dumped next to the buildings, while other residents highlighted issues with fire notices and escape routes.

But Hackney Council backed Wates, calling it a “capable and responsible contractor”, and said at the time that the London Fire Brigade was “happy that all fire safety issues [at Lincoln Court] are being dealt with correctly”.

However, inspectors for the government-backed Health & Safety Executive (HSE) have since found both the fire plan and the fire risk assessment (FRA) for Lincoln Court to be unsatisfactory, and told the Citizen it has a number of options at its disposal, including enforcement notices, to ensure Wates revises them.

A Wates spokesperson says HSE’s visit was “par for the course for projects like these”, and that the recommendations are “an improvement upon already compliant and stringent health and safety measures”.

An HSE representative said: “Our inspectors visited Lincoln Court following concerns raised by a resident about the safety of remedial works that were due to start on the buildings.

“Workers spoken to on site were unable to verify to the inspectors’ satisfaction the details of how the contractor planned to remove the exterior cladding safely. We want to stress however that inspectors did not consider anyone to be at immediate risk.

“Senior managers for the Principal Contractor agreed to not commence the removal work at the site until the necessary details had been provided.” 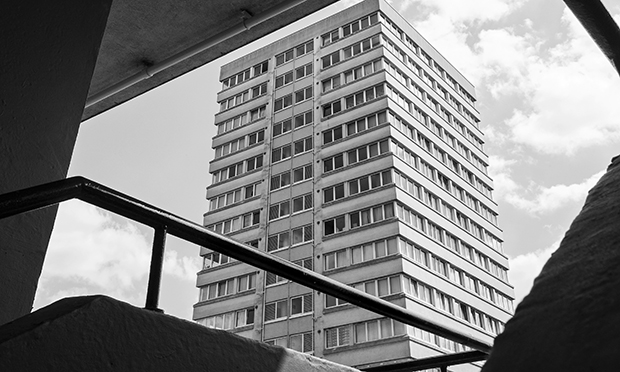 HSE later confirmed that it had asked Wates to produce a “revised fire plan” and a “revised FRA” for the block.

They told the Citizen: “What is clear is that the planning at Lincoln Court was not to our satisfaction. But to make a common sense point – whenever the work starts, that is when the community can be satisfied that HSE is happy with compliance.”

A spokesperson for Wates Living Space refused to detail HSE’s recommendations, but said: “The observations the HSE offered will be shared at various public consultations that will take place at regular intervals during the work programme, as is standard procedure.

“We have begun the process of holding one-to-one consultations with local residents to ensure they are informed about the work taking place and to answer any queries they may have.”

They added: “Enabling works are currently taking place at Lincoln Court in advance of the removal of external wall insulation in two to three weeks, subject to a final review of this works package.

“Last week, HSE visited the site and provided a series of observations and recommendations which we have incorporated into our construction safety measures and we expect work to commence in the coming weeks as scheduled.”

The spokesperson insisted that “at all times during our work at Lincoln Court the site has been fully compliant with health and safety legislation, and we welcome and encourage the scrutiny from the industry bodies that will enable this to remain the case”. 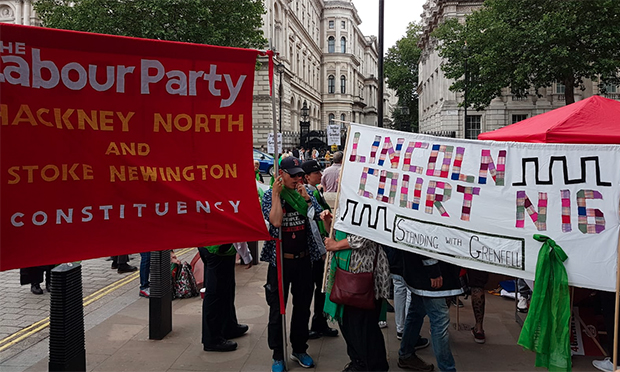 Hackney Council said HSE’s intervention was “in relation to the safety of workers on the site” and that its recommendations have now been “fulfilled by Wates”, which “voluntarily ceased works to enhance staff safety on site.”

A spokesperson said: “We are satisfied that residents are not at risk and that health and safety legislation is being met.”

They also confirmed that a revised fire plan and risk assessment were recommended by HSE, and explained that the assessment in question is the site FRA – a hard-copy document which is updated at the end of every day by Wates.

This is different to the building FRAs carried out on behalf of the council and later published on its website.

Asked whether or not the site FRA at Lincoln Court is, as required, being regularly updated by Wates during the work, the Town Hall’s spokesperson said it is “reviewed daily and where necessary updated”.

They added: “We also arranged for our FRA assessor to carry out another full risk assessment of the block and construction site on Monday [11 June] so we can further satisfy ourselves that fire safety is being maintained.”

According to the spokesperson, this new building FRA is due to be published this week.

The council said it would “not be practical” to provide the Citizen with a copy of the site FRA “as it is a working document”, but added that “the public can view it at any time at the site office”.

A spokesperson for the London Fire Brigade would only say that it is “in constant liaison with Hackney Council and HSE”.

A contingent from Lincoln Court took part in the Justice for Grenfell march last Saturday, and residents continue their fight to save the estate’s play space, which has been earmarked by the council as a site for new housing.

Update: this article was amended at 13:48 on Wednesday 20 June 2018 to clarify the difference between a site FRA and a building FRA following a discussion with Hackney Council.

← Town Hall defends Marian Court publicity amid claims of ‘spinning the truth’ on housingSwift action: New measures to ‘reverse decline’ of the species in Hackney →