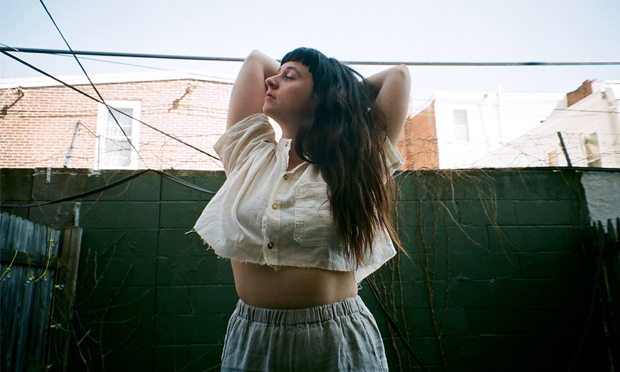 South London’s Warmduscher may be the only ‘supergroup’ who still make a habit of playing the Brixton Windmill – home to the area’s current bunch of Country Teasers-aping bands. With a smell that modulates between ‘someone’s vomited over there’ and ‘someone’s vomited here’, a rooftop dog, and a truly unfortunate attempt at self-brewed beer, it’s hard to know what The Traveling Wilburys would have made of the Windmill. But this is a supergroup well-acquainted with London’s insalubrities.

Fat White Family’s Saul Adamczewski and frontman Clams Baker Jr (who sounds like a young David Thomas from Pere Ubu) corral this eclectic, electric bunch around whatever dive venue pops up next on the Warmduscher itinerary. Sonically, Whale City tracks like ‘Standing on the Corner’ allows funky to mix with junkie, and the verse of ‘1000 Whispers’ approaches doo-wop, but most of the time, this band runs on tinbox fuzz and other such disorienting substances.

Katie Crutchfield took her stage name from the eponymous Alabamian creek, but since putting pen to paper on a deal with Merge Records, her sound has progressed from a lo-fi trickle to take on the width of the next state over’s Mississippi River, with all of her Deal Sisters-esque musical aspirations realised in stereo.

Most recent album Out in the Storm is an excavation of a failed relationship, with songs like ‘No Question’ bringing the direct callouts (“you were always looking for a fight/an invisible race/we’ll be in it til one of us dies”) and the countryfied ‘A Little More’ assessing the damage. Support on this UK tour, of which this Oval Space berth is the opening show, comes from new band Ex-Vöid, who continue this month’s supergroup theme – they’re made up of the former core of Joanna Gruesome, with other members from Playlounge, Keel Her and Garden Centre. 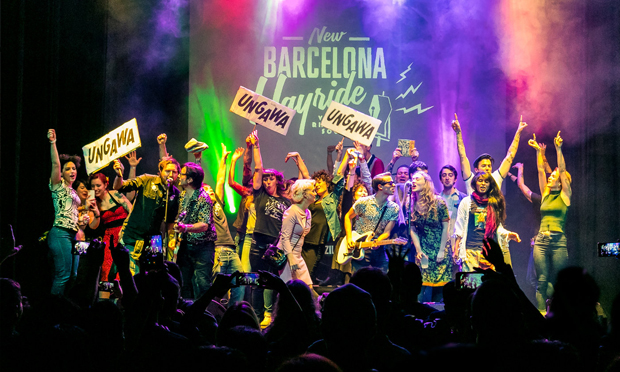 The Fuzillis, inciting a stage invasion on one of their European shows. Photograph: Dirty Water Records

It’ll be well worth the trip into Islington to sample this selection of combos, who all play grimey amphetamine garage like Altamont was a permanent state of mind. Instrumental headliners The Fuzillis play what they call “atomic age raunch’n’roll”, and are made up of self-evidenced masters of the rock pseudonym – Dan Martin Jr on guitar, T-Mag Maguire on tenor sax, W J Oake III on skins, and on bass, Mr Frankie Fuzilli. (My apologies if these are actually their real names.)

Openers Thee Dagger Debs have more of a fist-pumping pub rock feel – albeit with a lineup you’d never see in the boozy, Lahhhndan geezeriness of OG pub rock (the Debs are a three girl power-trio.) The filling in this scuzzy sandwich is Ye Nuns, an all-female conjuring of 60s avant-garage trailblazers The Monks. I say ‘conjuring’ as this is no mere straight tribute – Ye Nuns lay on wild sounds that would have shocked the most acid-fried 60s head into boogie frenzy.

Why not celebrate the summer solstice with some anarchist punk jazz? (Perhaps a genre that could only have been pioneered in The Ex’s native Netherlands.) With enough past members to necessitate one of those timeline bar graphs on their Wikipedia page, The Ex have been going since 1979 – and yet somehow span more genres than their number of years active.

Dip in to one of their 13 studio albums and you might get pure anarchist punk, squonking jazz riffs, a cover of the Eritrean independence anthem ‘Huriyet’ (the band made a transformative trip there in the mid-noughties, playing gigs and handing out cassettes), so-called ‘world music’ with ants under its skin, orchestral collaborations, bone-drilling Albini-produced industrial bass – or something else entirely. The Ex have been making regular UK trips this decade, bringing them to the attention of the DIY scenes of this generation, and even supporting Neutral Milk Hotel in London previously.

OSLO – normally home, in the most part, to club nights and performances from upstart rappers and indie heroes – has clearly been drinking from Cafe Oto’s glass. They’re bringing together three of the most respected names in experimental sound: Boredoms drummer YoshimiO (aka Yoshimi P-We; also of OOIOO and Free Kitten, and key guest vocalist on The Flaming Lips’ Yoshimi Battles The Pink Robots), percussionist/composer Susie Ibarra and multidisciplinary artist Robert Aiki Aubrey Lowe.

An improvisational outfit, the only real clue to how their Hackney gig will go comes in the form of live album Flower of Sulphur. Stretching over four tracks (from ‘Aaa’ to ‘Ddd’), the gang of three run through an hour of clattering beats and primal wailing; at its best, the multiple drums commune with the vocalisations as one. One of only three UK dates this summer, the trio come to Hackney Central on the 26th.