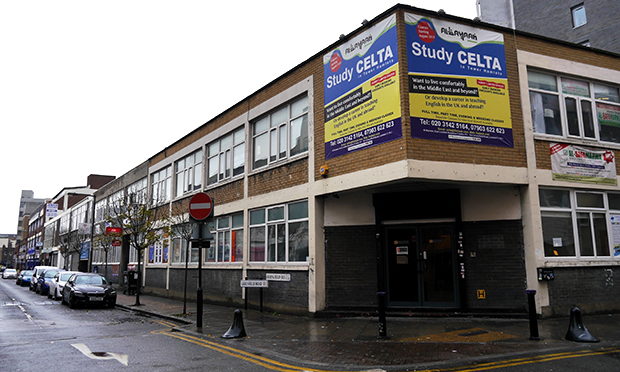 Unassuming: the business centre in which London Corporate Apartments has an office. Photograph: Max Eckersley

A lettings agency threatened tenants with legal action for sharing a news story which raised concerns about the company’s practices, according to leaked emails seen by the Citizen.

London Corporate Apartments (LCA) told a tenant last January that it would “vigorously sue” them for posting a link to a Citizen story in a group email chain.

The link was shared on 5 January with the short message: “Hi – I am very concerned about this article I have just read about your company it is most worry [sic].”

In response, an LCA administrator wrote on Friday 13 January: “We would appreciate it if you could stop spreading rumours and false allegations otherwise we will have to take further action.

“This is to give you notice that should this onslaught continue, we will have no alternative but to bring a claim against you for slander and libel.

“This article that you are involved in creating is false and the intention of creating it is to gain personal benefit for yourself and your friends.

“As a result, we will vigorously sue for damage to our reputation and we will hold those responsible liable to pay for damages.”

The Citizen’s story detailed a probe by Tower Hamlets Council’s trading standards team into LCA over complaints about a mouse infestation in a Stoke Newington property, as well as the firm’s failure at the time to be part of a tenancy redress scheme.

The group email was set up by LCA on 2 December 2016 when it open-copied 34 separate individuals into a reminder for overdue rent payments.

In the email chain seen by the Citizen, a number of residents subsequently responded to the request with complaints of mice infestations, electrical problems and withheld deposits.

Nathaniel Mathews, senior housing solicitor at Hackney Community Law Centre, said: “I find it surprising that any letting agent would threaten legal action where one of their occupants, tenants or licensees have simply drawn their attention to disturbing stories in the public domain.

“It’s not the behaviour you would expect from a responsible letting agent – it is overbearing and extremely high-handed.

“The apparent practices appear to be legally questionable if not outrageously incorrect. [These are] attempts to limit the rights of residents by this organisation – you would expect the residents to be concerned if their rights aren’t being observed.”

In its email to the tenant, LCA states: “We are extremely surprised that you have chosen to go down this route. You are a licensee without any exclusive rights to the property, on the other hand you insisted on us [sic] to renew your tenancy and you did not want to leave this property.”

Some of LCA’s customers signed ‘License to Occupy’ agreements, which confer fewer rights than a standard tenancy agreement.

In their 518-word response to the tenant’s sharing of the link, LCA also claimed not to have been under investigation by the Town Hall, saying: “There is no investigation by Tower Hamlets Council against us, it is the other way around, we are actually taking the council to court for different reasons.”

Tower Hamlets Council fined LCA £5,000 last year for not being part of a tenancy redress scheme.

According to a Town Hall spokesperson, a tribunal heard LCA’s appeal against this decision on 9 November and found that, as LCA was acting as letting agents, the fine levied for not being part of a scheme was proportionate and its appeal was denied.

LCA’s website states: “Our niche is long term business travel, with our apartments booked for months at a time, rather than days or weeks.

“We don’t need to factor in the high vacancy, like a hotel or serviced apartment does, so we can provide the accommodation at a much lower cost.”

The tenant at the centre of the Citizen‘s original story was unable to get her full deposit back following an eight-month battle with LCA.

London Corporate Apartments has not responded to requests for comment.