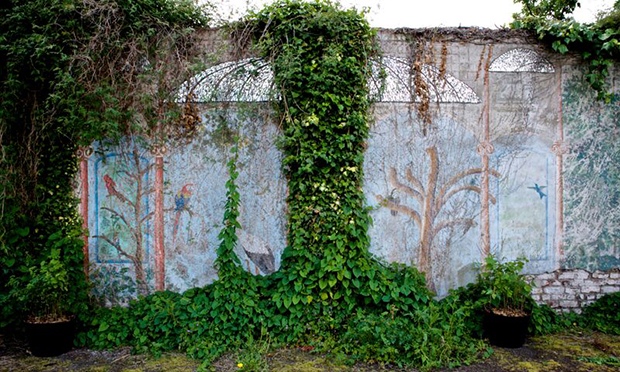 Community creation: the mural dates back to 1980. Photograph: DFF

A campaign by Clapton residents to save a community garden has been given a glimmer of hope after the UK’s leading heritage body agreed to investigate listing a 38-year-old mural found on one of the walls.

Daubeney Fields Forever (DFF), which runs the garden, is fighting council plans to turn the space – a former car park which still contains a number of unused garages – into 11 affordable homes.

The group wants the Town Hall, which submitted a planning application last month, to design the development with the help of the local community.

In a bid to force the council back to the drawing board, the campaigners recently applied to heritage watchdog Historic England to list a wall mural found on the plot.

The artwork was created in 1980 by community group Freeform Arts with the help of children from nearby estates.

Historic England has since told DFF that it will investigate the mural’s suitability for listing now that there is a planning threat against it.

But a council spokesperson told the Citizen that its plans “would not require the removal of the mural which, subject to the wall being structurally stable, would be retained as part of the new development.”

The pledge to keep the mural, depending on its condition, also appears in the Town Hall’s planning application.

But DFF chair Gerry Tissier called the council’s promise a “silly argument”, adding: “The mural would be on the back wall of people’s private courtyard gardens which would cut it up, destroy it’s integrity and remove it from community access.

“There would be no way the council could protect, conserve and restore it as they should do and would be required to do if it was listed by English Heritage.

“In addition, there is a second smaller accompanying mosaic on a wall on the other side of the car park which would be destroyed by the development.” 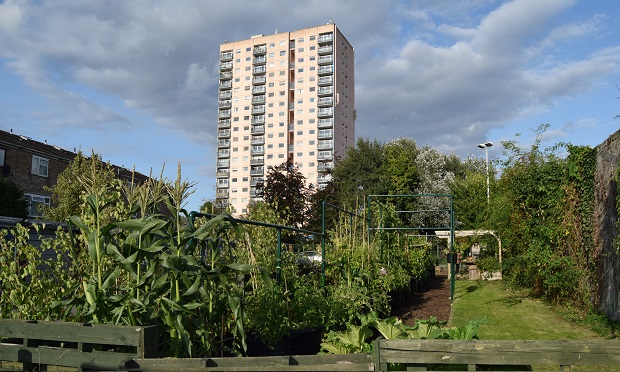 Ben Metz, who lives next to the garden, is calling on the council to withdraw the planning application until Historic England has completed its research.

He said: “Destroying or taking this mural away from the community would be an act of cultural vandalism.

“To proceed with a planning application without a full assessment of the site’s heritage value would be a serious error.”

The council did not respond when asked if it would withdraw its application until Historic England had completed its investigation.

DFF members, whose petition has attracted more than 600 signatures, have drawn up an alternative vision for the site, but Tissier says the council has “repeatedly refused to meet with us so we can design the development together”.

A Town Hall spokesperson said: “We have worked closely with the local community on proposals for 11 high quality new council homes for social rent and shared ownership to replace the underused garages and car park spaces at Daubeney Road.

“These much needed homes would not require the removal of the mural which, subject to the wall being structurally stable, would be retained as part of the new development.”

The mural has also been placed on the London Mural Preservation Society (LMPS) register and nominated by campaigners for the Hackney Local List of heritage assets.

LMPS member Ruth Mill said: “The mural provides a window into the lost stories of the neighbourhood, into the history of the people who live there.

“The community should have a say on what it would like to see done with it for future generations.”