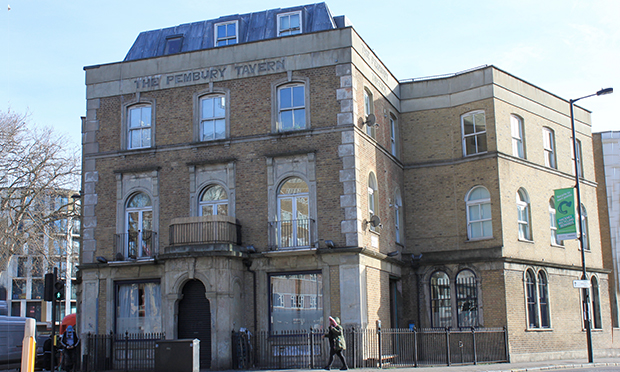 Sold: The Pembury Tavern will be a new home for Five Points drinkers

But the name will soon have even more resonance, after the firm’s acquisition of historic community boozer The Pembury Tavern was announced yesterday.

The Citizen grabbed a word with Ed Mason, Five Points Managing Director, who was thrilled with their new buy.

He said: “It’s simply a legendary, landmark Hackney boozer, and one of the first pubs that I drank in in the borough when I first moved to Hackney ten years ago.

“The whole Five Points team is super excited, not least because it is about a minute’s walk from the front door of the brewery and, of course, bang in the centre of the five-way junction from which we take our name.”

Five Points hope that once the deal is finalised, its new haunt will be operational in March.

Fans of the pub’s current selection of pints need not fear, as a deal has been struck between Five Points and incumbent brewmasters Milton Brewery to keep a selection of the Cambridge company’s beers available.

Mason explained: “Milton Brewery have done a really great job of putting the pub on the map for great beer, and it’s featured in the Good Beer Guide for many years now.

“We are determined to keep it in there, and do the reputation of the pub justice.”

Also, on the matter of continuity, the famous bar billiards table will remain in situ: “I think there’d be a community revolt if we touched [it]!” said Mason.

“There aren’t that many left in the country, and The Pembury table is legendary. It’s not going anywhere.” 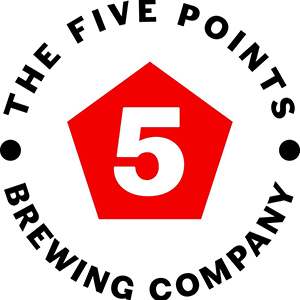 Five Points has had a meteoric rise in the already pacy world of craft beer.

From humble beginnings, with just their signature pale ale to their name, the brewery now produces over two million pints of beer annually, with an eight-beer core range including a porter, IPAs, a pilsner and more.

They’ve also brewed up one-offs and special beers, such as last year’s ‘cat beer’, Field Day Citrus Pale, made to celebrate the last instance of the festival in Victoria Park.

So what are their plans for the Pembury?

Mason gave us the lowdown: “We’re not going to be doing anything too radical. We have a few plans that we’ll announce in due course once we’ve moved in, but at the end of the day it’s a great pub, and we don’t want to change that.

“Of course we will feature the full range of Five Points beers, but we also want to showcase the best of the independent British beer scene. There will be lots of guest beers and beer from our friends throughout the independent London beer industry and beyond.

“The Five Points is committed to cask ale and we love the fact that the Pembury has 12 real ale hand-pumps, we will be using those to showcase the best of British cask beer, as well as keg, can and bottle!” 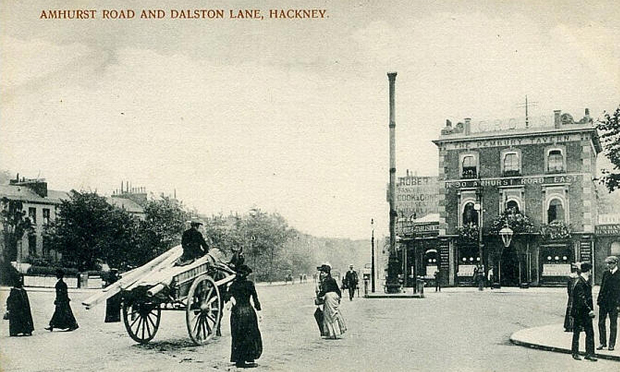 History: The Pembury Tavern has been around for well over 100 years. Photograph: Peter Fry / pubshistory.com

The Pembury Tavern was built in the 1860s, and, following a fire at the turn of the millennium, was restored to its current condition in 2006.