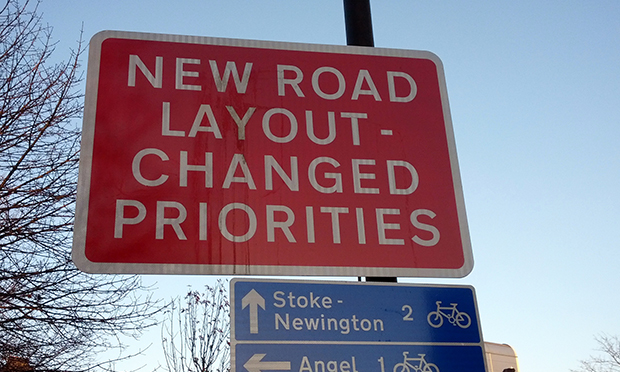 Hackney Council says controversial road closure plans in Stoke Newington are unlikely to lead to illegal levels of toxic air on Church Street – after parents raised concerns about an increased asthma risk for kids at nearby schools.

Nearly 600 people have signed a petition started by action group Cleaner Air for William Patten (CAWP), which calls on the council to come up with a solution that does not have “damaging knock-on effects for child health”.

The council is consulting on two options to close a cut-through in the Walford Road area, admitting both will lead to at least 500 extra cars using Church Street, home to William Patten primary school, every day.

But in response to the CAWP petition, a Town Hall spokesperson said: “We have set up monitoring equipment in the playground at the façade of the building.

“Based on the initial results, it appears likely that the annual mean objective of 40 micrograms per cubic metre would be met.

“The EU limit more appropriate for William Patten school playground, where children would normally spend less than an hour playing at a time, is the short term limit of 200 micrograms per cubic metre, which is not to be exceeded more than 18 times per annum.

“Nitrogen dioxide levels in the playground at William Patten would not exceed these limits.” 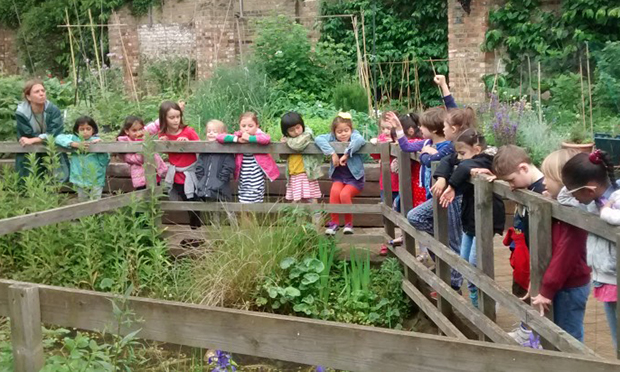 In 2016, a report found that William Patten was one of 27 schools in the borough where levels of toxic air breached EU limits.

It has since signed up to take part in the Mayor of London’s first air quality audits.

One parent, Camilla Redmond, believes pollution at the school may have contributed to her son’s asthma diagnosis.

She said: “I can’t believe councillors would even consider pushing more traffic past William Patten, where the air quality is already very poor.”

Redmond added: “I agree that in the long-term we need to get people out of their cars and making more sustainable choices but it’s a mistake to create more traffic outside local schools in the interim and to do so risks many more children developing asthma.”

The council spokesperson added: “The proposed road closures would be unlikely to result in the exceedance of the EU limit for nitrogen dioxide.

“However, we are undertaking detailed monitoring at William Patten as part of the council’s Schools Air Quality initiative and where appropriate will be recommending precautionary measures to reduce pupil’s exposure to air pollution.”

The council told family website StokeyParents that one possibility would be to restrict access to a section of the playground closest to Church Street until air quality improves.

But William Patten parent and CAWP member Sally Newsom said: “It beggars belief that instead of acting to reduce playground pollution, Hackney Council in one breath is advising us it’s so bad we’ll have to close a section of the playground and, in the next breath, threatening road closures that will increase traffic and harmful emissions.

“These very young children have the right not to breathe filthy air when they’re at school – putting forward a proposal to restrict their use of the playground while at the same time heaping more traffic on them, is a clear violation of their most basic rights.”

She said: “The council is committed to making Hackney’s roads safer for everyone living, working and visiting the borough.

“We want to reclaim Hackney’s streets from motor traffic congestion and transform them into the most attractive and liveable neighbourhoods in London.”

To find out more about the plans, and to have your say, please visit the council’s website here