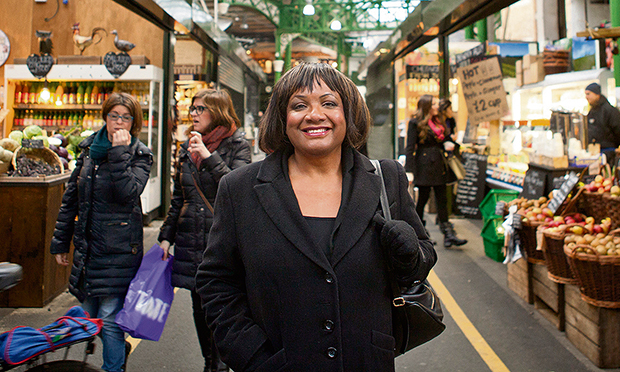 A Hackney resident who received a letter from Diane Abbott on Brexit has criticised her for being “disingenuous” with voters.

The Shadow Home Secretary last month wrote to two constituents in her Hackney North and Stoke Newington seat, promising to “argue for the right of the electorate to vote on any deal that is finally agreed”.

However, the Labour Party is officially opposed to a second EU referendum.

Abbott was quizzed about the letter when she appeared on the BBC’s Andrew Marr Show on Sunday.

She said: “It’s about the electorate, and we have a parliamentary system, and we did agree, last week, against the wishes of the government, that parliament will have a final vote on the deal, and I think that’s very important, and it will allow MPs to reflect the views of the electorate.”

She added: “The Labour party does not support a second referendum – we’ve never supported it, and we don’t support it now.”

Les Kelly, one of the constituents who received Abbott’s letter, said: “I think she has been caught being disingenuous with voters in her constituency.

“Labour has been supporting Brexit, which is why I wrote to her asking her to back the 78 per cent in Hackney that do not want a damaging Brexit deal and want the final say.

“Receiving a response that says she will support a policy of a referendum on the final Brexit deal and then being told she does not, is very disappointing.”

Hackney Liberal Democrats spokesperson Darren Martin said: “This is typical Labour, they talk remain in remain areas and talk leave in leave areas to win support whilst we continue to head towards a disastrous Brexit.

“Voters should look at how the Labour leadership has voted in Parliament, including Diane, and be in no doubt that Labour are pro-Brexit.”