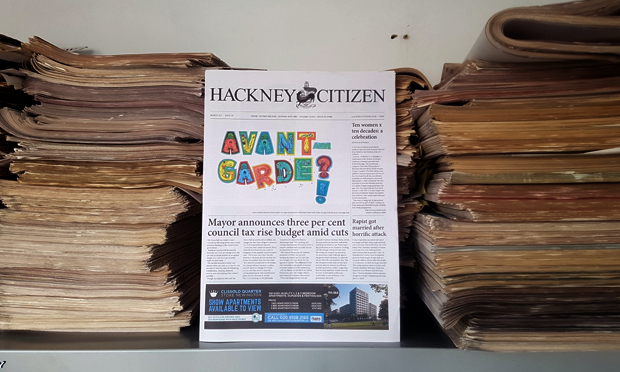 The Hackney Citizen has been chosen to take on a BBC-funded journalist as part of the broadcaster’s Local Democracy Reporter scheme, it was announced today.

The reporter will attend council meetings in Hackney and two other neighbouring boroughs as part of a nationwide drive to bolster local news.

After a comprehensive bidding process run by the BBC’s Local News Partnership division, Citizen News and Media Limited – the company that runs the Citizen – was awarded a grant to hire a reporter in the New Year.

They will file copy on council meetings in Hackney, Islington and Camden, syndicating their reports out to some of the 700-plus media organisations that have signed up as partners.

These reports will also feed into the Citizen’s coverage of council affairs.

Founding editor Keith Magnum spoke of his pride upon hearing the news: “I’m delighted that the BBC has recognised the Hackney Citizen’s commitment to providing local residents with the in-depth journalism they deserve.

“This opportunity to hire a new reporter will only strengthen the level of scrutiny and analysis that we can apply to our vital local democracy.”

Other companies that stand to benefit from the initiative range from household names like Trinity Mirror and the London Evening Standard to fellow local and hyperlocal publishers like Manx Radio and Shetland News.

Nationally, the number of newly minted journalist positions will rise to 150 – 13 of those in the capital – once the scheme is fully up and running.

David Holdsworth, Controller of BBC English Regions, explained why the BBC was committing resources to this new pool of talent: “This is a major advance in the partnership which will significantly improve the reporting on councils and public institutions, leading to greater public accountability for our local politicians.”

As part of its current Charter, which runs until 2026, the BBC has earmarked £8 million annually for Local News Partnerships, as well as launching a new Shared Data Unit and a video and audio archive facility for regional news providers.