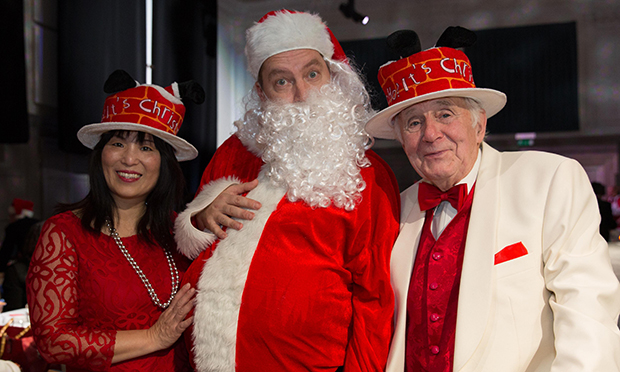 Christmas can be a difficult time of year for many older people, with over half a million pensioners in the UK at risk of spending it alone.

But one charity is bringing some festive cheer to Hackney’s older residents – with cabaret, acrobats and not just one, but three Elvises.

In the run-up to Christmas, the team will be putting on four shows – one each on 6 and 13 December, followed by two on 20 December.

A £5 ticket pays for afternoon tea and hours of traditional entertainment, reminiscent of old British music halls and variety shows. Attendees should get their glad rags on – the “swanky” dress code is strictly enforced.

Posh Club’s Tracey Smith said: “Anyone aged over 60 can buy a ticket and enjoy the show with some tea and cake.”

Over the month, guests will be treated to performances from cult cabaret artist Ursula Martinez, OAP rapper Ida Barr and wartime vocal trio The Victory Sisters, among others. 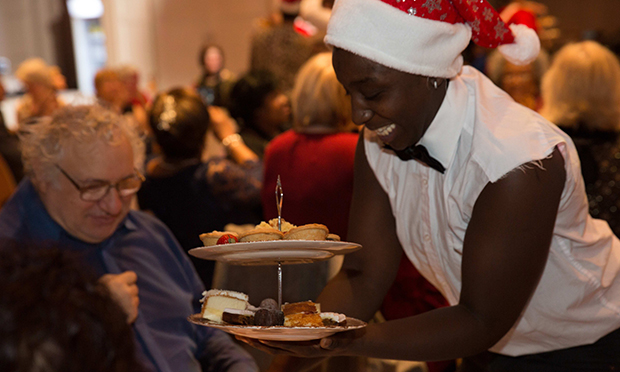 Dig in: guests are treated to tea and cakes. Photograph: Posh Club

Tracey said Posh Club is especially important around Christmas time: “We’re very much concerned with combatting social isolation and giving people the opportunity to forge new friendships that may also extend beyond the weekly events.

“Quite a few guests become re-acquainted with folks they may not have seen for 30, 40, even 50 years. There are also a number of people who come to The Posh Club on their own.”

She added: “We take care to initiate introductions between new and existing guests and it’s not long before conversations are in full swing.”

Posh Club is always on the lookout for volunteers, who Tracey says “play a central role” in activities by hosting or waiting on guests.

She said: “Being a Posh Club volunteer is a huge feel-good experience, as well as an opportunity to show respect and to serve the elders who have served our community.

“We welcome volunteers who can commit on a regular basis and also those who may only be able to volunteer once.”

After December’s shows Posh Club Hackney will take a short break before returning on Wednesday 21 February.

More information can be found at theposhclub.co.uk