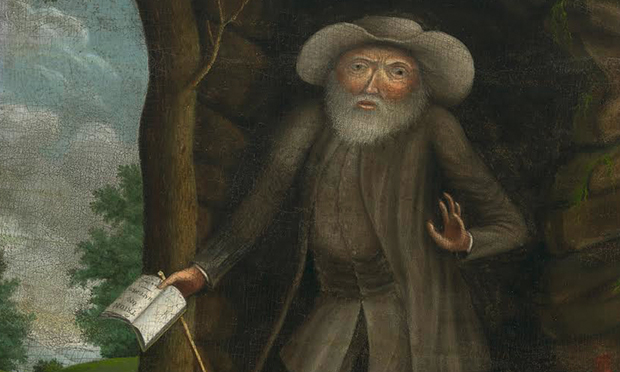 Hackney’s Quaker community has “acknowledged” its past wrongs by affirming its unity with Benjamin Lay, an Essex-born 18th century Quaker who was disowned due to his radical protests against slavery.

Born a dwarf and a hunchback, Lay has been named “the world’s first revolutionary abolitionist” and gained notoriety due to his disruptive protest methods that once involved splattering red juice over American slave owners to represent the blood on their hands.

While the Quakers would eventually go on to play a significant role in the anti-slavery movement, Lay’s protest took place at a time when the idea of abolitionism remained inconceivable.

Lay’s actions, which also included protesting for gender equality, led to him being disowned from a Quaker group in London.

Despite later being reinstated, the move was used as an excuse to ban him from several other Quaker groups, including one in his native Philadelphia.

Being disowned from his faith would have had significant consequences for Lay, who lived at a time when the church was effectively the equivalent of today’s state welfare system – providing care to those in need.

Now, almost 300 years later, North London Quakers has made the decision to recognise Lay as a “Friend of the Truth” and as “being in unity with the spirit of our Area Meeting.”

The minutes from the group’s meeting last Saturday read: “Quakers are proud of the times in history when we have been ahead of our time on progressive social issues – but preceding those moments, there have often been long periods when we have not walked the path we would later understand to be the just one.

“At a time when racism seems as present and ugly as ever – both globally and nationally – and the structures of white supremacy are being defended and strengthened by powerful forces in our societies, this seems a timely moment for North London Area Meeting to reflect on its involvement in the struggle for racial justice.”

Lay had been largely forgotten from history until the publishing of a biography this year by US historian Marcus Rediker, entitled The Fearless Benjamin Lay: The Quaker Dwarf who became the First Revolutionary Abolitionist.

Responding to the North London Quakers decision, Rediker said: “I must confess, I was moved to tears when I read these minutes. This action would have meant so much to Benjamin, no question about it. He dearly loved his fellow Quakers.”

The Quakers have a history of campaigning for progressive causes and were among the first faith communities in Britain to promote abolitionism, women’s ministry and same sex marriage.

Local Quaker Tim Gee said that the North London group hoped their actions would “resuscitate the memory” of this extraordinary man.

He added: “All communities, especially progressive ones, need to acknowledge what they have done wrong in this past. This way they can do better going forward.”