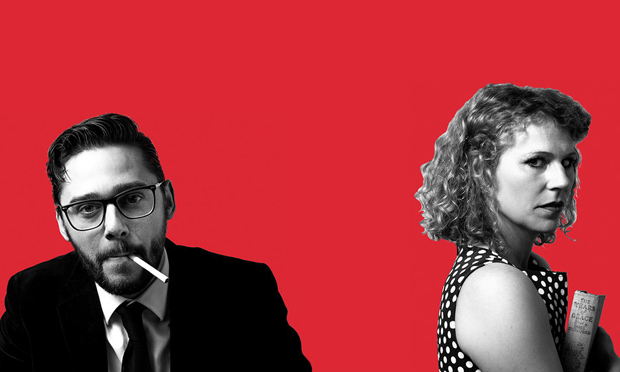 Those who have often considered a night at the opera and are looking for an accessible way in: there’s now no excuse, as the Arcola Theatre are hosting OperaUpClose for a month-long residency.

The company has already graced Kings Place and the Soho Theatre this year, and now come to the intimate Dalston theatre (which also hosts annual modern opera festival Grimeborn) to perform an all new English-language version of Tchaikovsky’s antihero libretto Eugene Onegin.

What’s unique and special about this new English version of Eugene Onegin?

Well, it’s set in Watford in the 1960s rather than early 19th century Russia, for a start! As with all OperaUpClose shows, there’s no huge chorus and orchestra, which means the audience is literally closer, and that the four-piece band is on the stage and part of the action.

It also allows for some more detailed characterisation, especially for the smaller roles – instead of unnamed chorus members, we have a Joyce and a Carol (good 1960s period names!)

Other, normally small parts have fleshed-out storylines, and the audience can see lots of nuance in the interactions between characters.

We’ve also removed a very significant character in order to give our heroine Tanya more agency and a feminist twist to the story. I don’t want to give too much away, but think of Peggy Olsen in Mad Men.

What are you looking forward to about performing at the Arcola, and in Hackney in general?

The Arcola is a great ‘fit’ for us as a company, as one of the things they are known for is reinventions of classics – Shakespeare, Ibsen, Chekov – and we do the same with classic operas.

Then there is their new writing work, and all our operas have new English librettos. They’re also really engaged with the local community, which is hugely important – we love opera and theatre and want to share it with everyone, regardless of economic means, and with the Arcola’s ‘pay what you can Tuesdays’ and participation work, they help to make that possible.

For me personally, it’s my local theatre – I’ve lived in Hackney for 14 years – and I love that within a few hundred square metres you’ve got opera, basement clubs, chicken shops, an independent cinema… you could have a pretty good night combining them all!

Who do you think should come and see the performance, and why?

It’s a coming-of-age story about a girl who grows up feeling a bit isolated from the people around her, and lots of people can relate to that.

We’ve taken inspiration from the British film An Education as well as Mad Men, and like both of those it’s a really character-driven, entertaining narrative. It’s got glorious music and it’s thrilling to hear opera singers up close, so if you’d like some romantic, intense Tchaikovsky along with your dose of panto this Christmas, then come along.

Eugene Onegin runs at the Arcola Theatre (24 Ashwin Street, E8 3DL) from 22 November to 23 December (with matinee performances on Saturdays and on 20 Dec)

For more information and to book tickets, click here