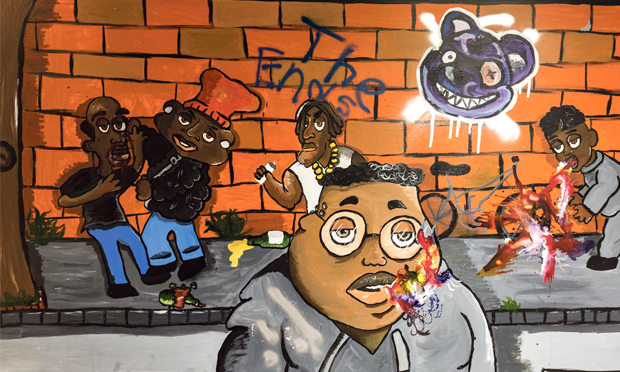 A former student from Hackney’s BSix College is celebrating after winning a prestigious art prize for his animated film about street life.

Djofry’s reward is a year-long residency at a studio in Old Southwark Town Hall in Camberwell.

The 21-year-old was recognised for his 2017 final-year degree project, Dreams, which was influenced by his upbringing in East London.

It tackles a range of subjects including street culture, hip-hop and drug abuse.

Djofry was introduced to Goldsmiths through its Summer School programme, which aims to encourage local London teenagers with a talent for art to experience what it’s like to study at university. Students who would be the first in their family to attend Higher Education, like Djofry, are prioritised. 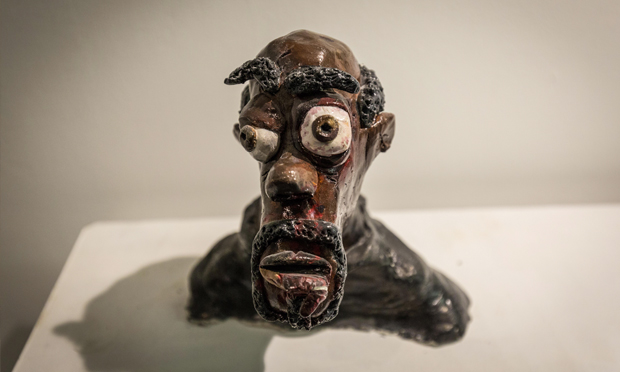 Run over two weeks in the Goldsmiths art studios, the course encourages students to create work with found materials, experiment with new methods, attend critical studies, gallery visits and make a final exhibition. Djofry was part of the programme in 2014 after meeting Goldsmiths staff while he was a pupil at BSix.

He impressed the officials with a stop-motion animation about the late New York Graffiti artist Jean-Michel Basquiat, and last year completed a BA in Fine Arts at the university.

Coincidentally, the Barbican is currently running the UK’s first large-scale exhibition of Basquiat’s work. The show, titled Boom for Real, is a collection of more than 100 pieces by New York pioneer, who died from an overdose in 1988 at the young age of 27. The show runs until 28 January 2018.