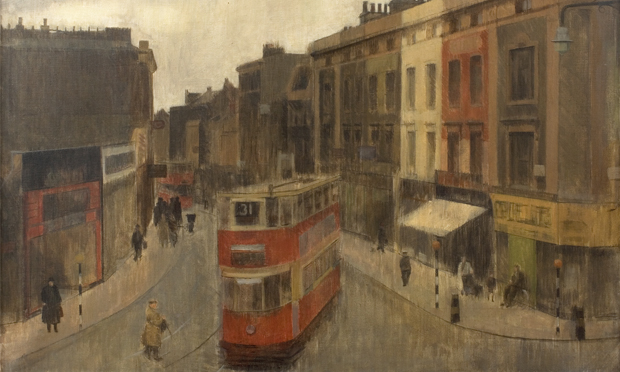 This latest publication by the ‘Gentle Author’ of Spitalfields Life renown serves as a timely reminder that artists did not just appear in East London with the 1990s property boom.

Far from its bucolic 19th century origins – when, as the cliche goes, it was ‘all fields’ – the East End came a century later to be a colourful urban muse for visitors such as Gustave Doré and James McNeill Whistler, as well as its own residents. The latter category is the focus of this volume, which features the work of 30 East London artists who took the local area as their subject.

The selection of painters is loosely organised around a movement that formed in the 1920s as the East London Group. These emerging talents were nurtured by Walter Sickert and William Coldstream; such was their success that they eventually exhibited their work at the Whitechapel and Tate Galleries as well as the Venice Biennale. 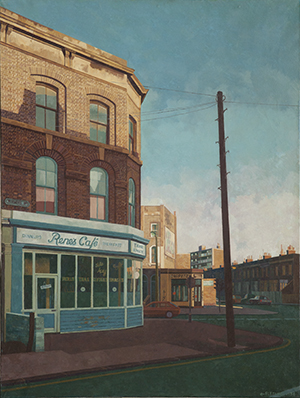 Other artists followed in their wake. The East End had begun to paint itself.

The works collected here reflect a variety of media – etchings, woodcuts, lithographs, watercolours, gouache and oils. Painted between the 1930s and the turn of the millennium, they span the 20th century experience, including allusions to war, fascism and latter-day hipsterdom.

Many of the artists were self-taught, and most held other jobs, although the entries for more recent years include the more rarefied likes of Jock McFadyen (now a fellow of the Royal Academy) and Doreen Fletcher.

To the 21st century eye, the colourful mid-century street scenes of Roland Collins and Noel Gibson are especially evocative of a bygone era, as are the ethereal cubist-influenced compositions of Walter Steggles. 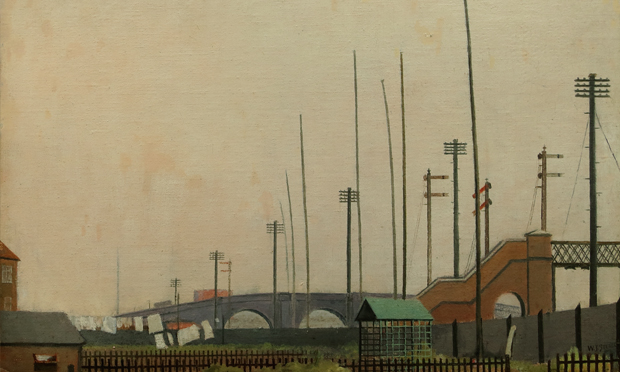 The Gentle Author has, as usual, done copious amounts of research in assembling this collection. The entries on each artist include both biographical notes as well as snippets of interviews, either with the artist or someone close to them. Each artist is allocated several pages to display their work.

A thoughtful Prologue to the volume identifies Whistler as the first painter who took the East End on its own terms, rather than using the stereotyped language of misery and suffering. The collection presents the neighbourhoods of Stepney, Bow and Spitalfields as places of work, pleasure and striking vistas, rather than despair. 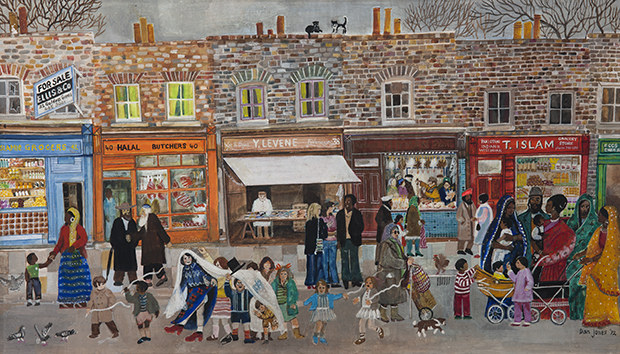 As the editor notes, this was an intentional choice: “Too often, the history of the East End is still restricted to a history of poverty, whereas I choose to explore a parallel history of resourcefulness, highlighting the persistent and dignified creativity of people who have forged their own ways of living in spite of widespread economic disadvantage”. 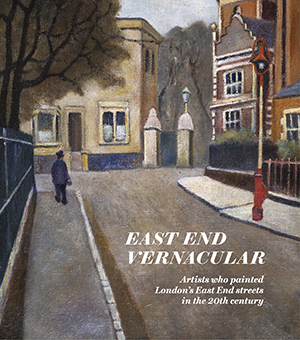 Perhaps the most striking aspect of East End Vernacular is its physical beauty as an object. One does not often associate 20th century East London with coffee-table fodder, but this gorgeously produced cloth-bound volume can easily grace the most elegant of London homes.

Buy it as a Christmas present, but be sure to give it a long look before the wrapping paper goes on.