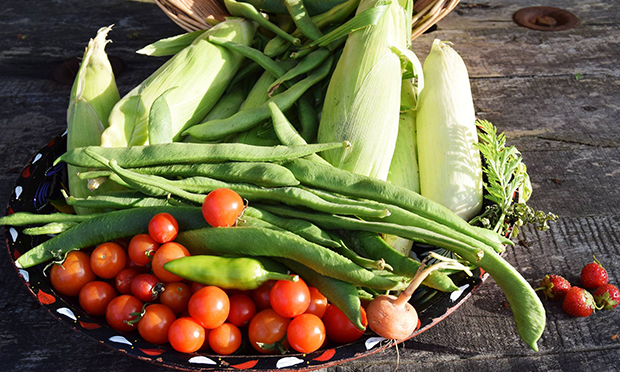 A residents’ group is urging Hackney Council to reconsider plans to uproot a “thriving community garden” in Lower Clapton to make way for a row of houses.

A car park on Daubeney Road that is home to 20 small allotments has been earmarked by the Town Hall as part of its Housing Supply Programme.

A council spokesperson said it is “committed to reproviding space for community gardening as part of the new development”, which will consist of 11 “much needed” new homes – all for social rent or shared ownership.

But residents say the space is “unsuitable” for housing and are calling on Town Hall planners to turn it into a community hub instead.

A petition started last week by local group Daubeney Fields Forever (DFF) had been signed by 78 people at time of writing. 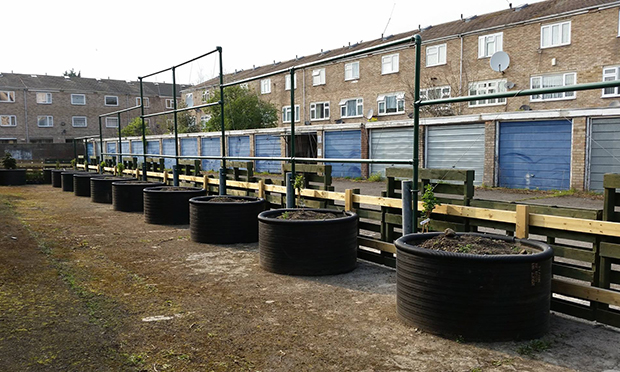 DFF said the council’s proposals would “destroy a beautiful community garden, a wonderful heritage mural and much-loved growing space”, adding: “The need for housing must be balanced against the need for attractive neighbourhoods for local people.

“We need facilities to improve well-being and provide opportunities for work and meaningful activity. The space is too small for housing.

“It would be far better developed as a thriving neighbourhood hub. This would help bring our communities together, protect our natural growing space and provide a mix of workshop and cafe amenities.”

“The garages could be put to far better use by meeting the demand for local workshop space and creating new employment opportunities.”

Local resident Aymie Backler, who signed DFF’s petition, said of the garden: “Simply walking past it regularly makes me so happy to see that neighbours have a shared space to proudly cultivate and display their care for the area and each other.

“As this petition letter rightly states, we need safe, free spaces to spend quiet time and good times with others in our community, not just accommodation.”

A spokesperson for Hackney Council said: “With 13,000 families on the council’s housing waiting list and 3,000 households living in unsuitable temporary accommodation, the council needs to do all it can to build the homes Hackney needs.

“The site on Daubeney Road has been identified as being able to accommodate 11 much needed new homes, all of which are proposed to be for social rent and shared ownership.

“We are committed to reproviding space for community gardening as part of the new development and are already working closely with the users of the community garden to discuss plans for this.”

A letter sent to local residents in September from an officer in the Town Hall’s Housing Supply Programme stated: “We must make the most of council land to build new homes that give local families a chance to find an affordable place to live or get a foot on the housing ladder.

“That’s why we launched our Housing Supply Programme, which will see derelict and under-used sites across the borough – such as old car parks, depots and largely empty garages – redeveloped into around 475 new homes for social rent and low-cost home ownership, with a minority of properties sold for private sale to pay for them.”

The letter goes on to say: “We won’t be demolishing any homes, building on any green space or playgrounds, or designing buildings that don’t fit in with their surroundings.

“And we plan to ensure that local people get first dibs for the new homes by putting in place a new local lettings policy, subject to the lessons learnt from a pilot scheme. We’re also aiming to recruit Hackney residents for construction jobs – including through apprenticeships.”

The council says the proposals for Daubeney Road car park are still at an early stage, and it has invited residents to give their views at a drop-in event on Wednesday 8 November from 4-7pm at Vi Forrester Hall on Gilpin Road.

The petition opposing the plans can be found here.

← Guy Fawkes, garlic and and the Great Pyramids: notes on November in food historyEast End Vernacular, book review: ‘striking vistas, rather than despair’ →