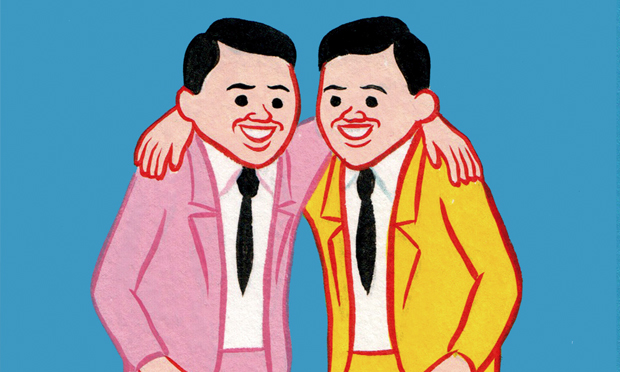 An animated version of Joan Cornellà’s demented comic strips was a highlight of the recent Visions Festival, with masterful foley work and timing adding to the delightful mayhem depicted in Cornellà’s patented grinning style. This ticketed exhibition at Hoxton Arches (2,500 square feet of converted railway arch just a minute’s walk from Hoxton station) follows the release of his new collection SOT. The Catalan will attend selected dates of the exhibition, his debut solo show in the capital, to sign copies of SOT, amid his original work, new canvas paintings and limited edition illustrations.

For those comic addicts who haven’t just spent all their money at Safari Festival, there will also be shirts and prints available for purchase. Note: hilarious scenarios of cannibalism, infanticide, murder, suicide and amputation will all feature, so not for the faint hearted (to quote Cornellà: “I am aware that if one of my cartoons happened in real life I would not laugh at all”.) From 15 September until 1 October, tickets £6

This is the second exhibition taken from the ISelf Collection, Whitechapel Gallery’s journey through human identity in art. Where the first part, Self-portrait as the Billy Goat, focused on self-portraiture, The End of Love looks into the relationships between the contemporary portrait artist and their subjects. This theme stretches from a depiction of Adam and Eve (the first relationship?) by Maria Lassnig, to revealing takes on familial, romantic and other, less personal ties – including some untraditional ones, like Rashid Johnson’s 2014 painting of his father made with black soap and other Afrocentric materials. Artists like Man Ray, Alice Neel and Akram Zaatari will have work on show – the latter’s collection of Lebanese bride/groom photos gives the exhibition its name. From 30 August until 26 November 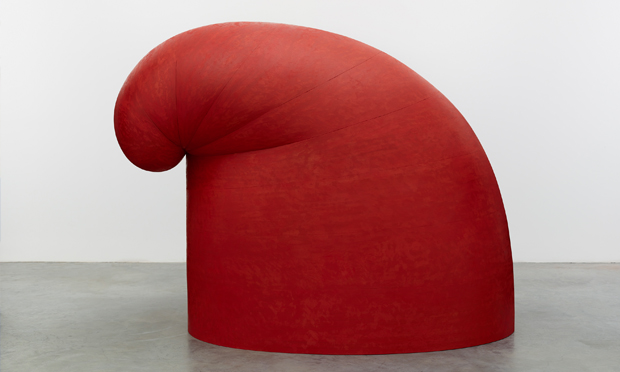 Sculptor Martin Puryear works primarily in the Game of Thrones-esque materials of wood and bronze. From this he hews simple, almost architectural pieces that in the artist’s words “allude to things or states of being without in any way representing them.” For example, his The Load looks superficially like a cart and pulling shaft, but instead of a seat, there is a wooden cage with a giant reflective eyeball inside, trapping the viewer’s reflection.

He uses these stately objects and a vehicle not just to work a poetic beauty out of his traditional materials, but also to comment on notions like liberty and anti-slavery (e.g. his iron statue Shackled from 2014.) On this point: although he rarely comments on his African-American identity explicitly, his work is included in the current Soul of a Nation exhibition at Tate Modern. This upcoming show at Parasol Unit includes over 30 works including his eight-feet high, bronze Question on the outdoor terrace. Alas, his forty-foot high Madison Square Garden commission Big Bling was too colossal to make the journey to N1. From 19 September until 6 December

Hannah Black hit the headlines in March of this year with her open letter to the curators of the Whitney Biennial, in which she asked that Dana Schutz’s painting Open Casket be removed from the show and destroyed. Said portrait of murdered African American child Emmett Till lying mutilated in his coffin, painted by the white artist Schutz, was called a “[transmutation of] Black suffering into profit and fun” by Manchester-born Black. (Note: Schultz later clarified that Open Casket “was never for sale and never will be.”)

Her own work, coming mid-month to the Chisenhale, is also powered by furious political enquiry, all made off the back of the artist’s conversations with friends about “the situation” – a phrase left for Black and her subjects to interpret themselves; to move it from the abstract to the concrete. From 15 September until 10 December 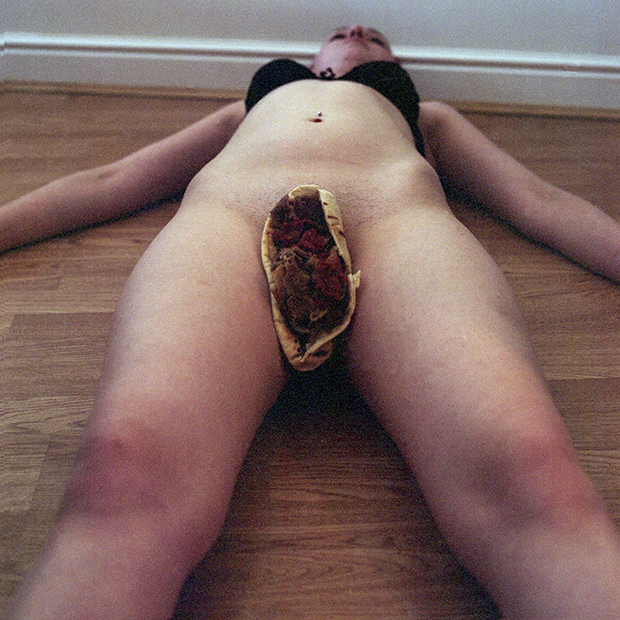 Hillary Clinton memorably described half of Donald Trump’s supporters as a ‘basket of deplorables’, and Barack Obama famously once said that many in the country’s Midwest “cling to guns or religion.” Sure enough, you can’t move on Twitter without bumping into users called “Deplorable Deb” or “Proud Clinger” and suchlike. On the flip side of the ‘reclaiming insults’ coin we have Nasty Women, a global feminist art movement named for the epithet Trump used for Hillary Clinton in their third televised debate.

This movement (born in NYC) has coincidentally spawned two separate, women-only exhibitions in Hackney this month. The first, run in partnership with Creative Debuts, is helmed by photographers Paige Megan Hawley and Rejane Bidi, but will feature all kinds of artistic media created by 41 international artists. Money made will be donated to support Rape Crisis England and Wales and Women for Women International.

The second, at Stour Space in Hackney Wick, is open to submissions from all self-identifying Nasty Women (no larger than A3 size, by 9th September 2017) and will also include a programme of comedy, music, art performance and discussion events. The submitted works will be sold for between £5 and £100, with all the profits going to raise funds for End Violence Against Women. Both exhibitions are free to enter.

@ Black and White Building: From 21 September until 24 September
@ Stour Space: From September 22 until September 24