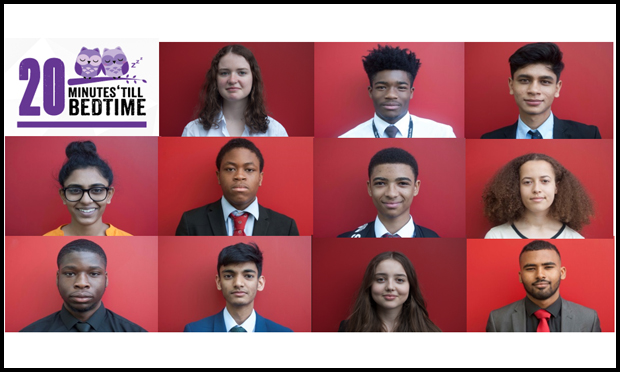 Sick and tired of what, among teenagers, appears to be a lack of interest in social, cultural and political affairs, we students have created a platform for this interest to stem from.

Hackney has a high percentage of citizens without formal qualifications, 29% according to a recent council document. This has led to little acquisition of cultural capital by young people. For students who enjoy learning and want to delve into the world of academia, this creates a major problem.

TwentyMTBT allows for easily accessible debate and culture for underprivileged students from Hackney and beyond. One of the faces behind this group blog, Mohamed, 17, explains its genesis: “I helped create the site to facilitate the discussions I felt were not being had seriously in curricular academia. I felt [this lack of discussion] was doing a great injustice to [us] inner city kids.”

The range of interests in our editorial team allows for a plethora of content to be covered; we probe issues ranging from Brexit, to women in cricket, to the art of teleportation, in equal measure. Writer, Victory, states that the blog says “what a lot people our age think but may not necessarily say [aloud].”

Albeit unconventional, this group blogging gives Hackney’s underrepresented and yet opinionated young people the opportunity to learn beyond prescribed college syllabuses. 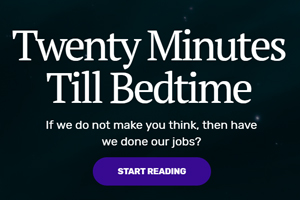 We hoped to display our unconventional style through the title of our blog because traditionally, newspapers are read in the morning. By concluding the day, as opposed to framing the day, with our opinions, we hope readers register it all. The casual title is also a bit tongue in cheek: much like teenagers aren’t followers of bedtimes, they’re not followers of conventions.

One of our editors, Charlotte, describes the network behind the blog as “a community of writers that represent a larger community of young people in Hackney.”

She admits that discussions about current affairs at school never fully flourished. “The common room conversations just weren’t cutting it and we wanted to reach a wider audience.”

As opposed to limiting our opinions to student newspapers and social media, we’ve created a medium that fits neatly between both, and channels our candour in a professional manner.

Mohamed passionately argues that “TwentyMTBT is our way of telling the world we have a voice. And we take it seriously even if they won’t,” proving that freedom of speech and power isn’t wholly limited to people of a particular demographic. Young people can be taken seriously.

“Far too many young people feel disenfranchised by the media as it is simply inaccessible to them. We are striving to not just mend that relationship but also create a new relationship that young people can have with news sites by being different and, most importantly, young.”

As rightly put by Victory, “it’s a melting pot of knowledge where anyone is free to take as much or as little as they like.” This gives young readers freedom to learn about pressing global affairs at their own pace twenty minutes before “bedtime”.

The owner of the website, Brian, 17, enjoyed freelancing for gaming blogs which is where he says he “picked up skills on how websites work.

“At my school I noticed I was surrounded by peers who are very opinionated, and equipped with a prowess in literature. I decided to combine their writing skills with my technical skills to create a website which will educate the youth on various topics of discussion.”

We’ve featured ten articles since our debut in July earlier this year, and look forward to the challenging ourselves and bettering the quality of the young journalism that we’re beginning to nurture.

Neetu Singh is a young journalist and contributor to Twenty Minutes Till Bedtime, as well as being a Year 12 student at Mossbourne Academy. Visit the site at twentymtbt.com