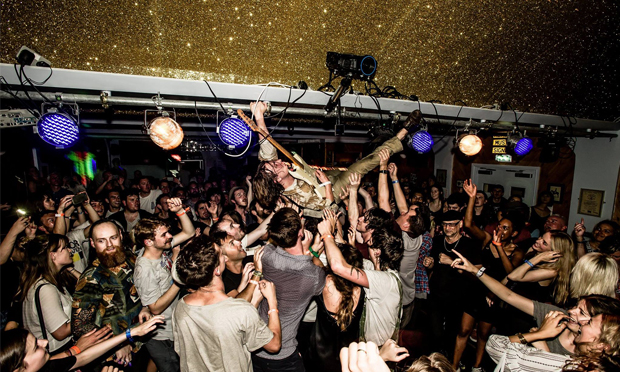 Visions Festival is preparing to once again spin itself across various London Fields venues, with Saturday 5 August marking their fifth year of music, food, and DIY esoterica.

They join a whole host of acts from a wide spectrum of alternative music on the bill – from the audio pugilistics of Australian noise band Liars (readying a new album this year) and The Men’s punk screed, to Frankie Cosmos’ intimate anti-folk and Jenny Hval’s gothic electronics. 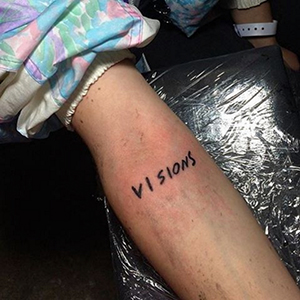 A Visions devotee shows off their tattoo

Away from the sonics, Visions are also curating a selection of other entertainment – including the now obligatory Dog Show. There’s also a record and zine fair, screen printing classes, tattooists exhibiting designs, and the opportunity to do your best Danzig impression at Punk Rock Karaoke. Food and beer outlets, not yet announced, will of course be on hand too.

Visions emerged in 2013 as an extension of its predecessor, Radfest – taking it out of a single venue and spreading performances from the likes of Andrew WK, !!! and Mykki Blanco across London Fields.

Oval Space and latterly MOTH Club have been the centre points of the festival, but other venues in previous years have included SPACE Studios, Netil House and St John at Hackney Church.