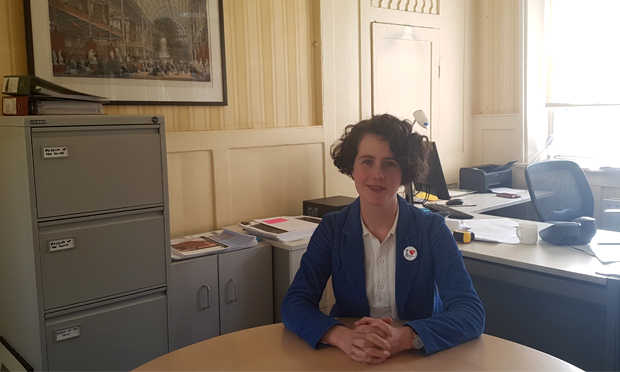 The heavy door to the Geffrye Museum back offices opens into a long and stately corridor, bathed in golden light and with perfect oversight of the picturesque lawn. When I sat down to chat with museum director Sonia Solicari, we discussed how more hidden secrets of the former almshouse are soon to be revealed.

This is because of a capital development scheme – appropriately titled ‘Unlocking the Geffrye’ and encompassing a £12.3 million grant from the National Lottery Fund – that will boost the percentage of total floorspace accessible to punters from 30% to 70%.

Solicari called the day everything was confirmed “momentous … a huge vote of confidence from a huge body.” The “added drive” this injected into the museum is clear and present in her voice as she starts to walk me through the new areas:

“We’re opening up spaces that people have never seen before, [for example] we’ll be digging down into the basement spaces underneath the East Wing. We go into the basement all the time because that’s where our collections are stored, but members of the public will have never been down in that space.”

A reading room will be constructed in the space above the heads of those strolling down the Geffrye’s main drag, and this will host their library and archive: material like antique recipe books, catalogues, and even collections of “domestic advice” from the Nigellas and Martha Stewarts of the past. “I don’t think even I realised the Geffrye had such a fantastic collection of books,” confessed Solicari. 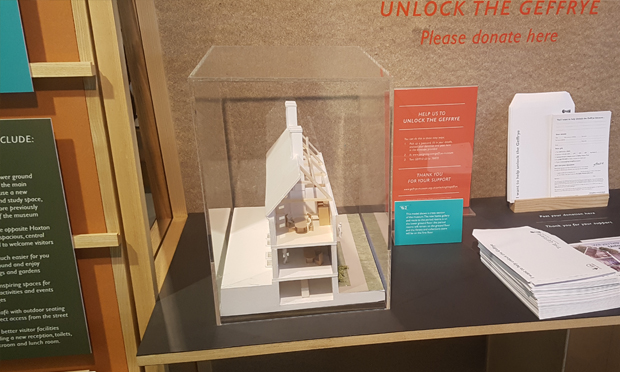 “We’ve got a very productive relationship with Queen Mary [University of London], an academic partnership to drive new research into studies of the home,” she continued. The fruits of this partnership are most visible at the moment in the Teenage Bedrooms exhibition (ends 23 April) that came about as part of a PhD research project.

A new learning pavilion and studio will continue the investment into learning and the community: the space, which will have a living roof, will be available for hire. The gardens, representing different periods through time, will also be tweaked: “We’re slightly changing the layout of them. At the moment you can go through the middle of the gardens, whereas actually we’re going to widen the path to one side of them, and take out that middle path, so it looks more like [real] back gardens.”

Solicari, who arrived at the Geffrye via positions at the V&A and Guildhall Art Gallery, took over from 25-year head David Dewing in January 2017 – a “dream time to start” given all the “positive change.” Having made her own entrance, she wants to make it easier and more attractive for the public themselves to enter, and get around. “I’ve been thinking a lot about how to make the threshold more welcoming,” she confessed, adding that opening of the new entrance right opposite Hoxton Overground station will be “the big unlock.”

Sitting next to this new entrance will be a new cafe, in the former Marquis of Lansdowne pub – a particular sticking point of the nascent plans back in 2013, as reported in the Hackney Citizen. 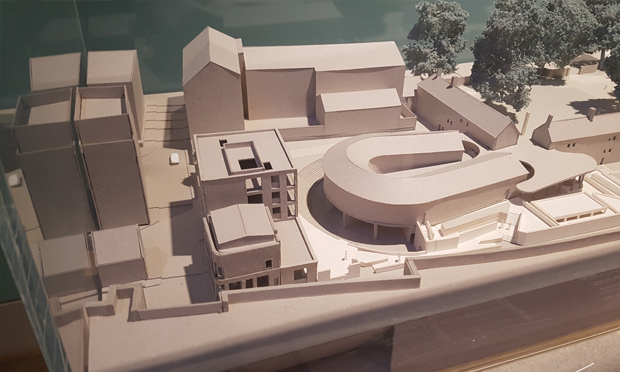 Scaled up: this model of the renovated Geffrye shows the planned new Hoxton Overground station entrance.

Solicari’s personal academic background focused heavily on the Victorian period, and when she talks about the era it is with the fervour and passion of an expert. However as well as Victoriana, Solicari has the future of the museum on the mind. Indeed, she names the 1990s room, the most recent in the main collection’s chronology, as the place that “really gets [her] thinking about how much we’ve changed or not changed.

“There’s something about that room that’s very much how people are still living, so as we think about how we represent the next room, or the room of the future, or where we go next after the 1990s, I wonder – do people see this room as being from twenty years ago?…In interior design terms, there’s a lot in that room that is still relevant to how we live today. However, technology is impacting hugely on how we live our lives.”

Solicari says that these questions of the future, the “big question mark” as she puts it, are among the most asked by visitors. The Geffrye’s near future, however, includes a period of closure for all this work to be done, from January 2018 to September 2019. She makes it clear that patrons and new visitors alike should have no reason to steer clear that whole time.

“During that time, we will still have a presence. So the gardens will still be open at the front, the historic almshouses will still be open for tours…we’re going to increase the number of tours. Some of our community work and schools work will continue over in the North Wing, which will stay open during the building works.” Events and activities in the gardens are likely to be a big draw, especially on sunny days, during the fallow period.

The Geffrye is by no means closed yet, with the popular Epiphany events at Christmas the real “last big shindig” before closure. But big change is on the way, and as Solicari shows me the scale models of 2019’s Geffrye before bidding me farewell, it’s hard to disagree with her exhortation that “people should keep an eye on what we’re doing!”