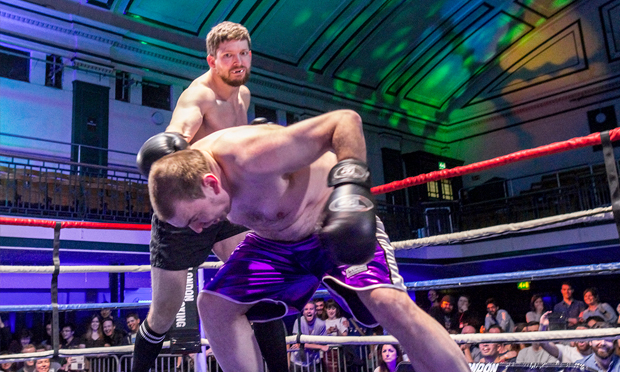 In the latest bout of Brexit madness, Liberal Democrat activist Toby White took to the ring to challenge UKIP MEP Jonathan Arnott at the unusual sport of chessboxing on Saturday 1 April.

The event at Bethnal Green’s York Hall saw alternate rounds of chess and boxing with the winner being decided either by knockout or checkmate.

Most people’s money was on Arnott, speculating that he could have a few UKIP bust ups outside of the European Parliament under his belt.

Arnott said: “I’ve been working very hard on the boxing, I’ve not had to work really hard on the chess because I’m a decent chess player.

“I’ve lost 2-and-a-half stone, I’ve done quite a bit of sparring. It’s just a question of whether I can do the same in the ring so we’ll find out – but I’m feeling more confident than I expected to.” 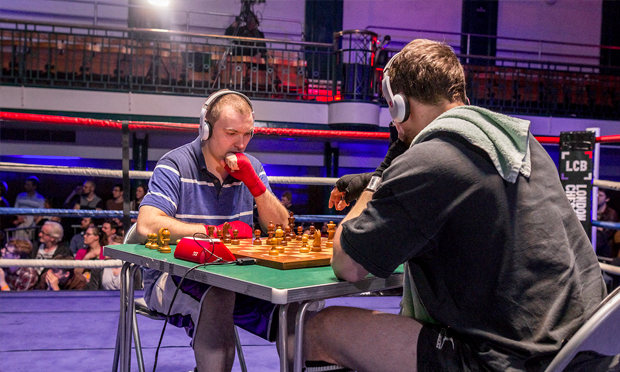 As for White, rumour has it that he was in the back making a hasty coalition with a professional boxer in order to face his UKIP opponent.

“For this fight I’m relying on boxing – I did two before and I lost them both to chess. I’d like to think I was a more dominant boxer in those fights, but because you have these mitts on it’s quite hard to knock someone out,” he said.

“There is some rage, some catharsis that applies, but it’s not a vendetta against him personally – although I have watched some of his speeches in the European Parliament to get myself sufficiently wound up.”

After all numbers had been crunched, and both members had spent too much on their campaign, they entered the ring.

White entered the ring to the sound of ‘Turn Down for What’ by DJ Snake, and was soon pacing up and down beside the ropes, hitting his head and snorting.

Arnott came on to the sound of ‘The Final Countdown’ by Europe and was met with jovial boos.

Round 1 of chess got under way and Arnott, infuriated by UKIP’s recent seat loss in the House of Commons, was off to a strong start.

Round 2 of boxing and White, showing clear dominance in the ring, soon dispatched his opponent and won in the second round due to an effective knockout. 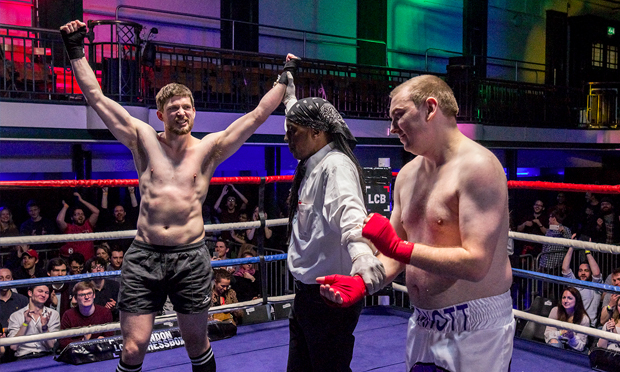 “I don’t think it’s going to launch a political career. I could try a bit of a Justin Trudeau but you never know – maybe one day,” he said.

Both fighters were raising money for the Ally Cadence Trust for Spinal Muscular Atrophy:

To find out more about chess boxing visit londonchessboxing.co.uk