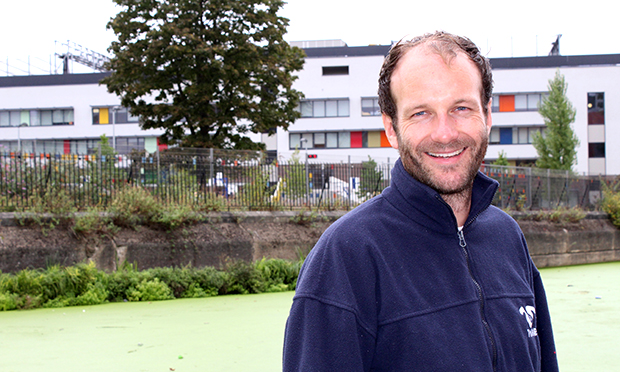 A pollution-busting reedbed is to be waved in at Essex Wharf on the River Lea following a public vote, environmental charity Thames21 has revealed.

Volunteers for the charity’s ‘Love the Lea’ project have already helped install a number of the reedbeds along East London’s canals. The plants clean up the water and create homes for river-dwelling critters.

Thames21 asked the public to choose the locations for five new reedbeds in an online poll which ran from February until the end of March.

Essex Wharf in Clapton came second with 28 per cent of the vote, and a new reedbed will be planted there by September, with the help of the local community.

Thames21’s Ben Fenton said: “What a great response! Nearly 700 people have taken the time to tell us where they want to see new reedbeds, and now they’ll have the chance to get involved in planting them too.

“We’re running free training to equip people with the skills to look after them into the future.”

Reedbeds increase biodiversity and habitats for local wildlife, including kingfishers, dragonflies and fish, and they rid the water of harmful pollutants by sucking them up through their roots.

Cathy Purse from Thames Water, which is funding the project, said the public vote was a “brilliant way of giving ownership to communities”.

She added: “We’re proud to lend our support to such a worthwhile scheme.”

← Hackney Council to launch ‘innovative’ house-building companyDalston in the 80s by Andrew Holligan, book review: “bursting with culture and steeped in challenge” →