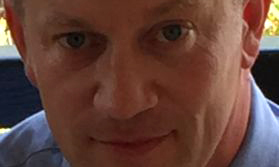 PC Keith Palmer who was killed during the terror incident at the Houses of Parliament on Wednesday 22 March. Photograph: Metropolitan Police

Hackney’s two MPs, who were at Parliament at the time of yesterday’s terrorist attack, have spoken of their gratitude to PC Keith Palmer who was killed on duty by a man wielding a knife.

Diane Abbott, MP for Hackney North said on twitter: “Someone we saw daily. PC Palmer died protecting Parliament, our democracy and the thousands of us that work in and visit Westminster every day:.

Someone we saw daily. PC Palmer died protecting Parliament, our democracy & the thousands of us that work in & visit Westminster every day pic.twitter.com/XSMlPS9eRx

Meanwhile Meg Hillier, MP for Hackney South, commented: “Awful day. Thoughts with the families of the dead particularly the police officer who died protecting Parliament. So, so sad.”

Awful day. Thoughts with the families of the dead particularly the police officer who died protecting #parliament. So, so sad

Both Hackney MPs were in Parliament when the terrorist struck. Ms Hillier was kept in Members’ Lobby, whilst Ms Abbott was in the House of Commons’ chamber.

Ms Abbott tweeted yesterday: “In the chamber of the House of Commons. Parliament still on lockdown. So grateful to police, security services and House of Commons staff.”

Can only echo this, thoughts with emergency services, ordinary Londoners & visitors caught up in dreadful incident https://t.co/uG2jv12a3Z

Londoners will never be cowed by terrorism. pic.twitter.com/LTLhgZ7OLQ

Speaking this morning about the ongoing counter terrorism operation, Mark Rowley, the national lead for Counter Terrorism Policing and the Acting Deputy Commissioner, said: “Greater clarity is now developing regarding the casualty figures as we have now collated information from the public and five hospitals – the latest figures I have are that there are currently four dead and 29 people were treated in hospital.

“We are still collating numbers of walking wounded and of those in hospital sadly 7 of them are in a critical condition.

“Tragically the deaths included PC Keith Palmer who was protecting Parliament, and two members of the public – a woman aged in her mid 40s and a man aged in his mid 50s.

“The fourth man of course was the terrorist who was shot dead by armed police at the scene.

“Hundreds of detectives have been working through the night and during that time I can confirm we have searched six addresses – and made seven arrests. The inquiries in Birmingham, London and other parts of the country continue.”

He continued:“We must not allow terrorists to create discord, distrust and fear.

“The police stand with all communities – later today a meeting of faith leaders will be held here at New Scotland Yard.

“Whilst our work to investigate and understand what happened yesterday continues with vigour – we must also reflect.

“I want to thank the public for their support and all their good wishes – I know it is appreciated by all those men and women who are out there today protecting us.

“Finally, I would also like to ask the public for their continued help and continued vigilance and if you see anything that causes you concern or raises your suspicions do not hesitate to call us – 0800 789 321 – or in an emergency 999.”