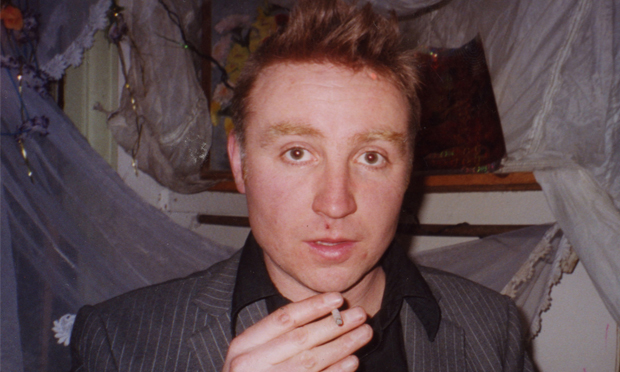 Hailing originally from a village in rural Dorset, Tom Hunter’s journey to Hackney is a surprising one: “I just really wanted to move to London, but I didn’t go to university so I didn’t get that chance to escape. I had a girlfriend and she went to university in London, so I piggybacked on her. I got a job at Regent’s Park as a tree surgeon. I had been working for the forestry commission in Dorset and there I got the hang of using a chainsaw and other horrible implements like that.”

As photography wasn’t an immediate choice for Hunter, he described how he seemed to stumble across it almost by accident. Taking a camera on a year-long trip to Puerto Rico as a volunteer with the US Forestry Service, he took photos along the way. Though none of those photos will be seen (it was only on his return that Hunter realised the camera was actually broken) he cites travelling and “trying to escape having a normal job” as his reason for eventually deciding to pursue photography more seriously.

Returning to Hackney after his travels, he took up A level night classes in photography at Kingsway College. Speaking to Hunter about his time at the college, his love of storytelling becomes immediately apparent. His eyes light up as he tells me about the building where he had studied: “It was a prison. Then that got turned into a further education college. The darkrooms were in the cells. From the cells you could take these underground passages where they took prisoners to be executed and hung. It was an amazing building, a lot of history. “

A sense of place and environment is integral to most of Hunter’s work. The significance of the setting is paramount, and this adds to the fable-like quality of his projects. Each of his works is a story in itself, and it is therefore no great surprise that some his greatest inspiration comes not from visual artists, but from writers.

He is keen to tell me about the influence of one writer in particular, Thomas Hardy. A fellow Dorset man who Hunter describes as one of his heroes: “What is interesting about a small village? About a milk hand or a farmer? It’s boring, like the Archers, unless you tell it with beauty and pathos and understanding, then everyone relates to it. That is what I wanted to do with my photography.” 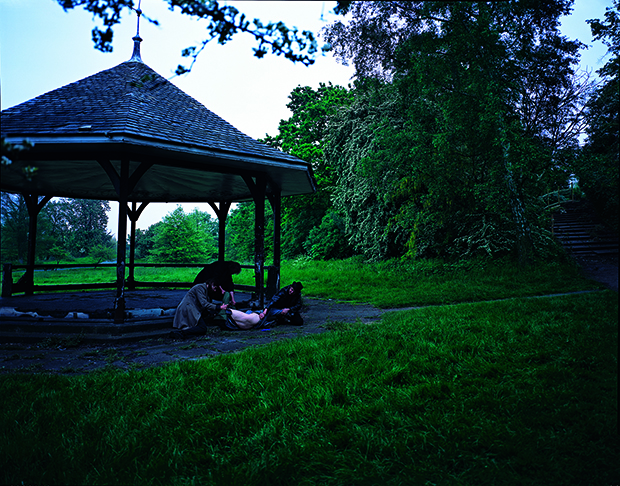 Hardy’s work and creative practices went on to spark the idea for Hunter’s photo series ‘Living in Hell and Other Stories’. The concept for each photograph in the series photograph in the series was created using a Hackney Gazette headline as a title: “I read an article about how Thomas Hardy didn’t make up his stories, he got them from his local paper. You read [Hardy’s novels] and you think – that can’t possibly be true, that’s too horrific. They were real stories that he wove into his work and made them beautiful.”

Visually, Hunter’s work references great history painters such as Millais, and Vermeer. As Hunter states clearly he did not learn about art, or anything else, in school. The erudite and high culture references he makes were all discoveries independently found: “I used to spend quite a lot of time in the library at college and came across a book about the golden age of Dutch painting. The colours, the beauty and the intimacy of people at home really fed in and inspired me. Sometimes you just connect with something.“ 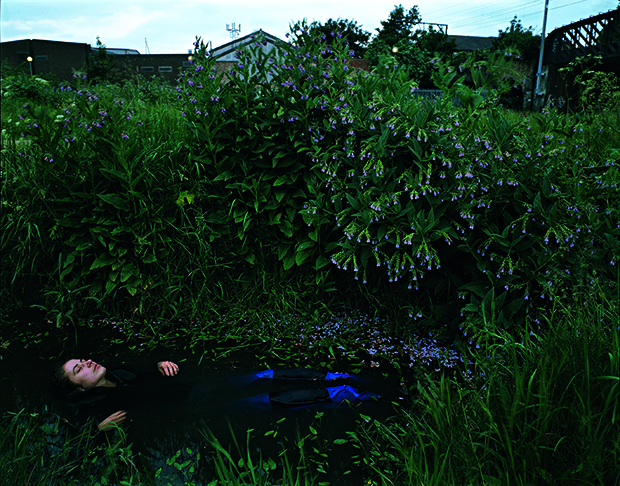 Intimacy and a fascination with domestic life certainly feature as a thread through Hunter’s work, often within a specific community. It is evident from speaking to him that he has great fondness for Hackney and East London, but it is more due to the spirit of collectivity and immediate community that impacts his creative approach:

“People are zooming off to Afghanistan and to Syria to find stories and actually, they are at your doorstep. Humanity is everywhere and people ignore it. There is an incredibly rich history and so much life around us.

“I am from this small village in Dorset where everyone worked locally, every kid went to the local school. Everyone knew each other, everyone was playing out in the street. When I moved to Hackney we set up our own community through squatting. We squatted two streets back-to-back. We had London Fields. That felt like our village green. My work either shows nature or community, the things I understand.”

On the surface Hackney has changed a great deal since Tom first arrived in 1986. He and his work do seem to convey a sense of nostalgia for how things were then, before central government cut funding for councils and, as he describes it, Hackney temporarily became hollow for a number of years. This said, in his latest show at the Museum of Childhood, Hunter’s intergenerational view shows that the sense of community is far from gone. Pictures and soundscapes of elderly people who have called the East End home their entire lives, alongside children who live on the Boundary Estate in Bethnal Green, demonstrate the parallels between the experiences of both age groups:

“The older people were quite shocked how similar it was for the younger generation…[The children] were doing very similar things to what they had done. Interacting, playing out and communicating. I love seeing that.” The strength and warmth of current communities in the area, as well as those that have passed through over the years, have a clear place in Hunter’s work as well as his heart.

His photographs have gained extensive acclaim and he has had countless exhibitions around the world. Often informed by, set and shot in Hackney and the surrounding areas, Hunter explained why he felt his photographs translated in a global context:

“When I started taking pictures of my community of squatters in Hackney, I thought it would only appeal to my mates who lived in squats in Hackney. I didn’t see why people would be interested in that. Then you realise if you actually get close to people, it talks about humanity and people are always interested in human interaction. I think that always comes across.” 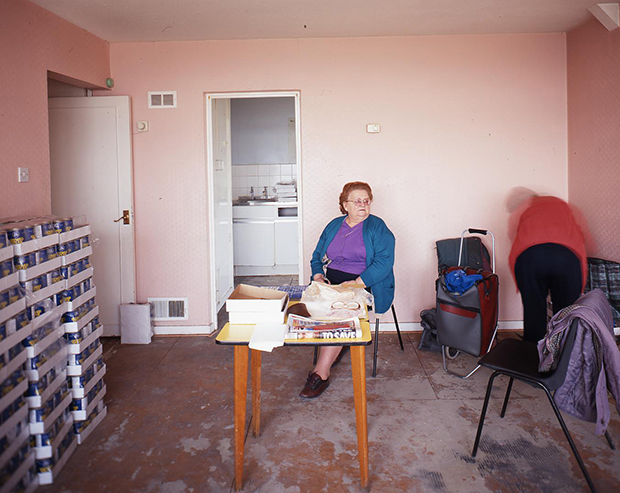 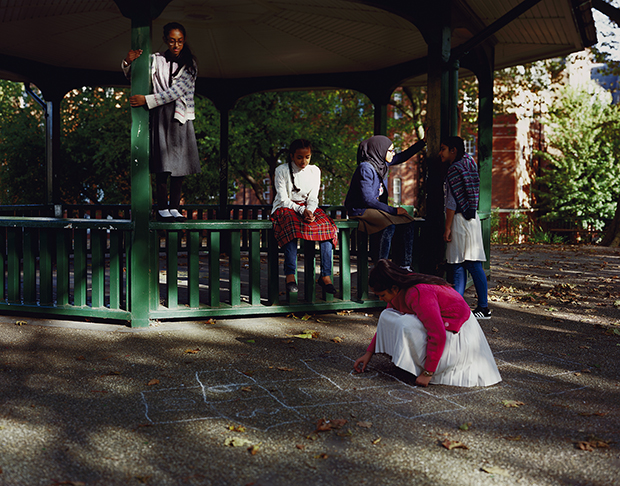 ← Cut Festival – The Art of Barbering takes place this weekend across East LondonPay what you want on selected items at GreatArt! →