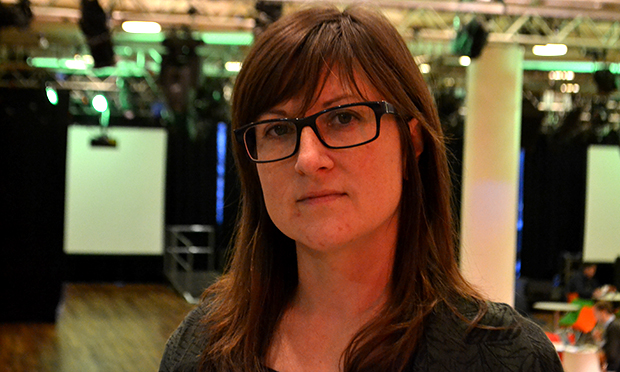 An artist who ran a small, not-for-profit arts organisation called Pangaea Sculptors’ Centre (PSC) for several years close to London Fields is being stonewalled by Hackney Council in her bid to gain much needed backdated rates relief.

Lucy Tomlins, a director of the organisation, applied for discretionary business rates relief of up to 80 per cent for PSC, which is eligible for this discount as it is a community interest company, as long ago as 2015.

But she says that despite chasing this and contacting the borough’s deputy mayor about her case she has received no decision letter from the council, much less a cheque for any money she is owed by way of a rebate.

PSC has delivered youth arts projects on issues such as knife crime awareness in line with the council policies.

Despite an apparent target of deciding on such applications within a period of three months, she has as yet heard virtually nothing from the Town Hall, however.

She said the treatment she had received had been “absolutely appalling”, adding: “You have to pay [the rates] up front before you can claim the money back.

“This nearly broke us and meant that myself and the other director did not take a wage to cover the rates, assuming that our application would be at least in part successful and we would see the money in a few months.”

Tomlins told the Hackney Citizen: “It is worth noting that usually an organisation as small as ours (two part-time employees) would be able to claim small business rates relief. However, because we make sculpture, the run-down building we were given permission to use at a pepper-corn rent was bigger than the size allowed to grant you this discount. Hence our need to apply for the discretionary rates relief for non-profits like us.”

The Town Hall’s business chief Guy Nicholson said:  “On behalf of the council I would like to offer my apologies to Ms Tomlins for the unacceptable delay in the council responding to her about her business rates relief application and any difficulty that may have caused.

“Unfortunately, based on the information provided to the council by Ms Tomlins in her original application, the organisation does not currently meet the criteria for discretionary rates relief. However, officers are available to assist Ms Tomlins in identifying any relevant information that could be added to help her case to receive discretionary rates relief as part of a resubmitted application.”

PSC recently moved out of its former base and is currently looking for new premises locally.

This article was amended at 15:34 on Wednesday 15 January 2017. The original article stated the council had been asked to comment but had sent no response – despite finding time to recently launch a petition against the government’s increase in business rates and the supposed impact this will have on small independent organisations in Hackney.