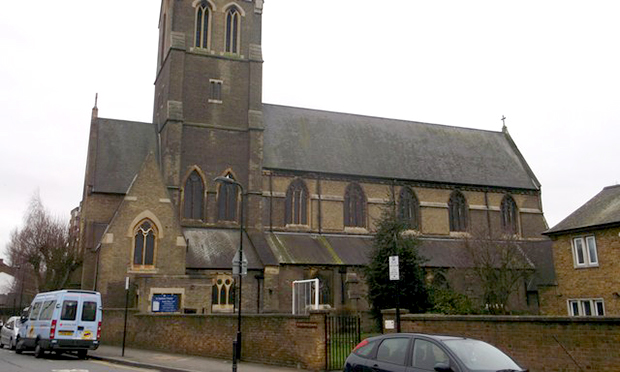 A retired vicar has been found guilty of assaulting a choirboy at St Matthias Church on Wordsworth Road in the late 1970s and early 1980s.

Cyril Ashton Rowe, 78, was convicted of three counts of indecent assault against the boy, who was nine years old when the first attack took place.

The victim, who suffered from motor neurone disease and gave evidence by blinking his eyes, died aged 47 on the same day his abuser was found guilty. He did not hear the verdict before he passed away.

A statement from the Metropolitan Police read: “At the time of the offences, Rowe was a vicar at St Matthias Church in Stoke Newington. The victim attended the church as a chorister.

“Rowe was interviewed under caution in January 2016 and charged. On Wednesday 8 February 2017, Rowe was found guilty after a trial at Bournemouth Crown Court.”

A spokesperson for children’s charity the NSPCC said: “Rowe’s victim showed tremendous courage in coming forward and reliving the horrors he endured more than 30 years ago.

“It is this bravery that has finally helped to expose Rowe’s betrayal of trust and to ensure that justice prevails.

“It’s crucial that survivors of abuse have the confidence to come forward and know they will receive the support they need, no matter how much time has passed.”

Rowe is to be sentenced at Bournemouth Crown Court on 10 March.

If anyone has any concerns about a child, they can call the NSPCC Helpline on 0808 800 5000 for advice. Children and young people can call Childline on 0800 1111, or get help online at www.childline.org.uk