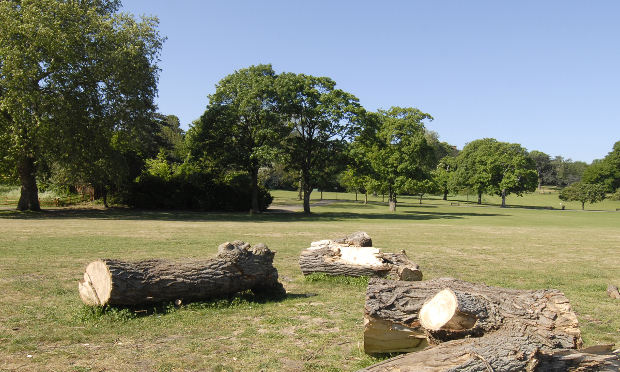 Parts of Springfield Park would be hired out for corporate functions and weddings, and a large area of grassland would be designated an events space, under multi-million pound plans to generate revenue from what the council once described as one of its finest “natural assets”.

The plans have drawn criticism from some park users concerned about what they see as a threat to public access to the green space, which lies directly opposite Walthamstow Marshes on the Hackney side of the Lee Navigation Canal and which opened as a park in the early 1900s.

The Heritage Lottery Fund is expected to stump up several million pounds for “redevelopment and restoration” of the park. Cllr Feryal Demirci has said the money will go towards funding much needed improvements.

But the council’s own survey, carried out last year, revealed 87 per cent of those asked thought the park’s appearance and design was already either “very good” or “good” – prompting some to question whether the changes are really needed at all. 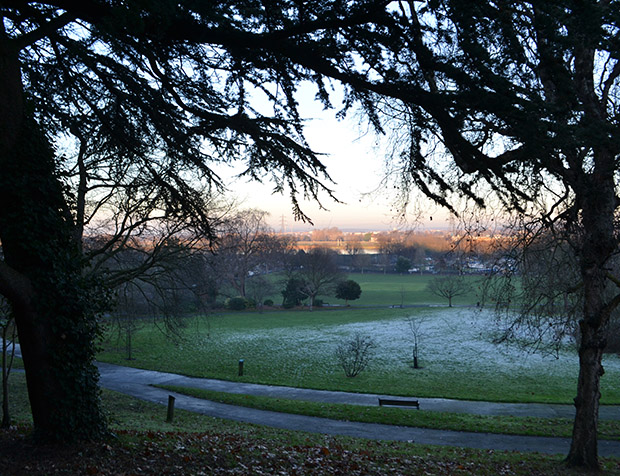 Springfield Park: The council’s plans have had a frosty welcome from some

A map of what the restored park would look like shows a large area near the bandstand marked simply as “Events”.

According to the council the old stables and other buildings would be rejuvenated and hired out for corporate shindigs, weddings and community occasions – though presumably not all at the same time.

It is also envisaged that new age-specific play areas are to be created and linked up via a “play trail”.

Nick Rosen, who ran a campaign to highlight the periodic fencing off of parts of Haggerston Park for ticketed, private events, complained the changes were “part of a trend towards monetising and privatising our green spaces – in direct contradiction to a resolution passed at a recent Hackney South and Shoreditch Constituency Labour Party meeting”.

This motion, which Rosen said was passed unanimously on 27 November, apparently called on Hackney Council to cease all developments within its parks “other than those which enhance the public sphere and public usage”.

It also urged Mayor of London Sadiq Khan to “defend all public parks from any privatisation or non-leisure development”.

Rosen said: “The whole point about parks is they are a place to get away from it all. There’s no such thing as an underused park. For people who live in overcrowded accommodation, who need to get solitude, it’s no good if it’s cordoned off for a corporate event.”

Hendrick Wittkopf, who regularly uses Springfield Marina and the canal side of the park, said he feared the council was too geared towards generating revenue from open spaces.

He told the Hackney Citizen: “I’m concerned about the privatisation of public space.”

Caroline Day, who has previously highlighted the highly contentious issue of concerts on Hackney Marshes, said she, too, had worries about the scheme.

Springfield Park User Group, which the council says it has worked in tandem with to develop its plans, could not be reached for comment.

Hackney Council is in charge of the largest expanses of green space of any local authority in inner London.

A website called Hackney Venues already advertises seven of what it describes as the “most sought after spaces in east London”, including buildings on Hackney Marshes and the West Reservoir.

This site, which is controlled by the council, states: “Hackney Venues has a space to offer any event from conferences and receptions to wedding celebrations and private parties.”

Green spaces are under increasing pressure throughout the city. Lobbying group London Councils last year warned that if government cuts continued, councils in the capital might be unable to stop some parks being sold off and run privately as early as 2025.

At the time, Cllr Julian Bell, chair of London Councils’ Transport and Environment Committee, speculated that one scenario might see health clubs buying these spaces as they were considered “fantastic assets”.

Hackney Council has pioneered an approach to generating revenue which could help prevent any such takeovers but which is not without political challenges.

For example, the council built a temporary, translucent meeting space around a tree in Hoxton Square which was hired out for meetings and as office space, with money raised from this initiative going towards park maintenance.

Cllr Demirci, the cabinet member in charge of parks, said: “The purpose of the park restoration project is to make it more useable for everyone – this includes opening buildings where the local community can book rooms for events or possibly have a wedding ceremony.

“If a private function is taking place access to the public may be temporarily restricted to that part of the building. However, a balance will be sought to ensure that any space used for private functions is also available for booking by the public.

“Revenue generated from park buildings will help us make improvements, maintain the parks and protect them. The renovation of Springfield Park, including any spaces available for private hire, will be a great community asset available for all to make the most of.”