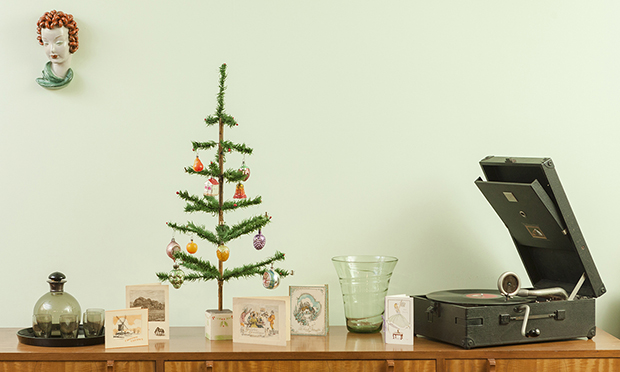 A Christmas living room from 1935 at the Geffrye Museum. Photograph: Jayne Lloyd

The Geffrye Museum’s annual Christmas Past exhibition has been running for the past 27 years, and has become something of a tradition itself for some families in the borough.

The museum aims to show the traditions of middle class London homes for the last 400 years. While some of the traditions exhibited have long become extinct, there is a common thread of togetherness and family in all of the rooms.

One of the curators Elyse Bell confirms that although Christmas may look different, the same core elements prevail.

“Hospitality and family are key themes that run through the exhibition, and I don’t think that has changed for people,” she says.

Bell also touches on the adage of Christmas in the past being more meaningful. This, she says, is a nostalgic viewpoint.

“People were still worried about excess and consumption at Christmas and how tradition and religious sentiment was being lost. As well as a lot of traditions seeming to continue throughout, a lot of the same worries about the meaning of the season have continued too.” 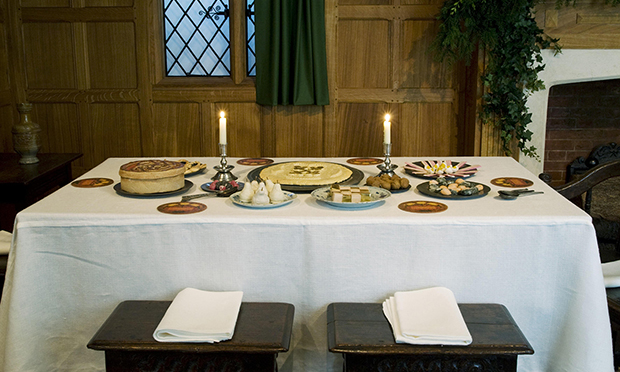 Walking through the exhibition, it is easy to spot those similarities.

In the first room from the 1630s, marzipan eggs and bacon were the order of the day, not too different from today’s tradition of sweets and chocolate.

At the time evergreens were deemed to have mystical powers. While Christmas trees weren’t yet part of the decoration, there was still greenery galore with mistletoe, holly and branches.

“Because they survived winter and stayed alive even though everything else was dying, they were seen to have mystical properties,” Bell explains.

“This was later appropriated by people and brought indoors to bring good luck for the next year.”

Christmas in the 17th century was restrained. In 1644 it was banned by parliament and only reinstated in the 1660s with the restoration of the monarchy. The rooms for this period feature little decoration and no gifts. The focus is on entertaining, with music, food and sitting together after church.

A tradition that did not survive from this time was that of the posset pot, a mixture of cream, spices and alcohol. As the top curdled, punters cracked and ate it, passing the pot around and drinking the liquid from a spout.

From the Victorian Era onwards, Christmas becomes more recognisable. There are toys, a Christmas tree, carols and crackers. Bell says it is a common misconception that Prince Albert brought the Christmas tree here from Germany.

The exhibition swiftly moves on to the 20th century, the most recognisably ‘Christmassy’. Witness tables decked with crackers, lanterns hanging from ceilings and decorated trees. In the 1910 room a mother prepares for Christmas Eve, whilst in the 1935 room a fancy dinner party is being held.

But Bell’s favourite room is from the 1960s. “It shows children on Christmas Day, waking up and tearing open all the presents and throwing wrapping paper,” she says. “The mum is frantically trying to keep track of what came from whom. It’s very kid centric.”

Christmas Past Christmas Present is at the Geffrye Museum until 8 January 2017.