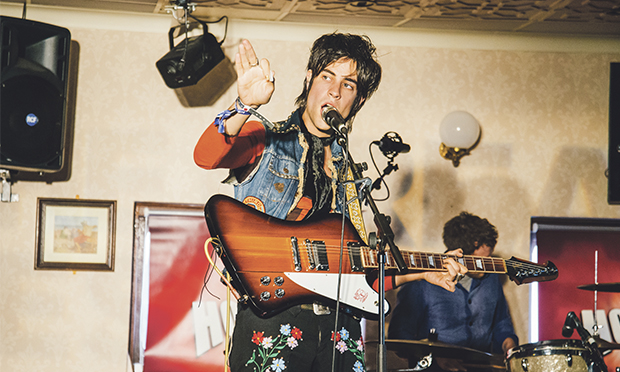 When Radiohead were announced as a headliner for this year’s Primavera Sound, the sudden clamour for tickets meant the Spanish music festival, which never used to sell out quickly, did just that.

Big names of course sell tickets, but a new festival in Hackney this month takes a different tack.

First Fifty, which takes place across five venues from 22-24 November, is looking to attract the crowds by showcasing new bands that may not be on people’s radar just yet.

The festival is an offshoot of the Great Escape festival in Brighton where once a year around 450 new acts perform in venues across the city over the course of a weekend.

“It’s what we perceive to be the most exciting artists that will be playing at the Great Escape next year announced and performing live in London,” says music programmer Adam Ryan.

Ryan, who lives in London Fields, has been programming the Great Escape for the past four years, and seems to have a knack for scouting out new talent.

“There’ll be artists playing who will probably be in the public domain next year, so for example Bastille, who’s massive now, played the Great Escape about three times, and Adele played to 80 people in 2007.”

Among the current crop of artists set to grace the stage at First Fifty, for Ryan one name stands out.

“We’re very excited about Ray BLK,” he confides. “She’s a soul and R&B artist who I assume is going to be fairly big. Stormzy performed on her last EP that was released a while ago called My Hood.”

With demo tapes long defunct, bands looking to play at the festival can create an account on the festival’s website to submit material. For Ryan though, discovering new acts is all about getting up close and personal by heading out to gigs.

“I’m lucky enough to live in East London where there’s lots of bread and butter or taste-maker venues,” he says.

“Not just Oslo but also the Victoria, Birthdays, Moth Club and as diverse as Dalston Jazz Bar and the Vortex. So for me it’s key to see stuff live but with the internet you can discover a lot of music in your own time – there’s no one set way any more.”