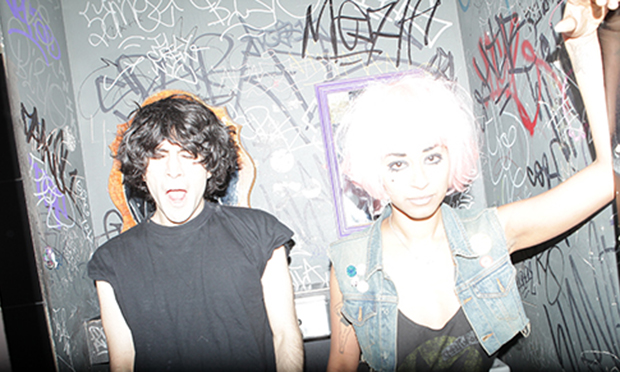 Hackney Wick punk band Arrows of Love are to release a single slamming the local planning authority amid rising anger among local artists over the march of gentrification.

The five piece took a break from recording their second album this summer to try and save the vibrant warehouse community they formed part of for two years.

Frontman Nima Teranchi, a founding member of the Save Hackney Wick campaign, was evicted from Vittoria Wharf , which is poised to be demolished to make way for a pedestrian bridge.

The campaign is lobbying local government to halt plans to flatten the Asset of Community Value by the London Legacy Development Corporation (LLDC).

Teranchi explained the motivation behind releasing the song now: “A lot of people have asked me if I’ve written any songs about this fight with the corporation [LLDC],” he said.

“This song was actually written over a year ago, but as we’ve been playing and recording it this summer the lyrics turned out to be prophetically relevant”.

Teranchi, a vocal opponent against the destruction of creative spaces, recently claimed on London Live that there are ways of preserving artistic communities without costing the taxpayer money.

The song ‘Beast’ is rowdy, angry, built for speed yet with poignant lyrics about the campaign’s fight against the corporation such as: “This day might feel like your darkest…The question is, when it’s going to knock you down, are you just going to lie there? Or are you going to get up and throw some stones?”

The single will be released on 9 December through Tape Records, as a precursor to their new album PRODUCT.

Arrows of Love have performed all over the globe, touring the US with their debut album and performing at SXSW and End of the Road festival. They’ve shared stages with The Fall, Buzzcocks, The King Blues and many more.

The song can be heard below.