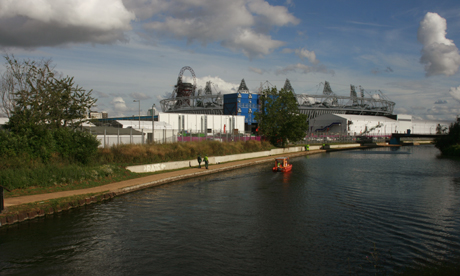 Violent clashes broke out between fans at West Ham’s match against Chelsea at the Olympic Stadium last night despite a “large and robust” policing operation.

Police have arrested seven supporters so far, and an investigation has been launched after homophobic leaflets were allegedly distributed by West Ham fans before the game.

In the run up to the game Chelsea fans were escorted from Highbury to Hackney Wick station by British Transport Police.

They were met at Hackney Wick by riot police and mounted officers to continue the journey to the stadium.

#WHUFC fans being corralled by mounted police at Hackney Wick, loads of shoving and shouting. Good background graffiti though. pic.twitter.com/ZEAGvpu3rz

They’re definitely not fucking about at Hackney Wick. At least a hundred riot police and loads of vans pic.twitter.com/gVVPA0OAyU

Commander B.J. Harrington, who was leading the police operation, said: “Despite extensive work with both clubs and the London Stadium partners as well as a large and robust policing operation, there were unacceptable incidents inside and outside the stadium, before, during and after the game.”

Transport for London initially wanted to close Hackney Wick station on match days, but the station now seems part of the policing strategy.

At a previous West Ham match on 1 October, Hackney Wick station was reported as being overcrowded and a 51-year-old man was charged with railway obstruction.

London Assembly member Andrew Boff told the Hackney Citizen that both incidents are the responsibility of West Ham. He said: “Responsibility of public order in the park is clearly West Ham’s. They need to do more to ensure fans leave orderly.

“Effectively West Ham rather than being treated as a tenant, are treated like they own the stadium. They have unprecedented influence over the Olympic Park and its policies”.

← Voila! Kingsland Waste Market could be brought back as ‘brocante’, says councillorDiscovering the long lost cinemas of Hackney →