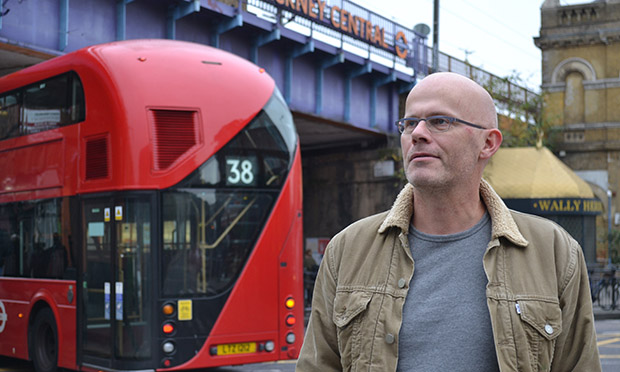 An ancient river that once flowed through Hackney Central should be resurrected as part of the council’s masterplan for the area, a musician has said.

The idea is one of several weird and wonderful proposals being put forward as the Town Hall continues to invite feedback on its draft plans for the future of a corner of the borough blighted by outdated roads and tired-looking buildings.

Samir Jeraj, from Hackney Green Party, is one of several figures to have expressed sympathy with his idea – but an expert in London’s long-lost waterways gave it short shrift, telling the Hackney Citizen that restoring the river was a practical impossibility.

Historians say the importance of the Hackney Brook to the people of this part of London in centuries past cannot be overstated.

It was intimately associated with Hackney’s foundation in ancient times but vanished underground when the Victorians turned it into part of London’s subterranean sewer system as a means of coping with the population boom and larger than ever amounts of waste.

The name “Hackney” its itself thought to be a reference to the long-forgotten brook as it means something akin to “Haca’s Island” in Old English.

ApSimon told the Hackney Citizen he would like to see the river’s return so that people could go canoeing in Hackney Central.

“Restoring Hackney Brook would link Hackney to water in a significant way,” he said. “I don’t know if enough water can be pushed through a channel like that, but you see the same kind of thing happening in other countries like the Netherlands.

“I like the idea of something taking you down to the sea, as it were – even if it were only to the Lee Navigation or Hertford Union Canal.”

He claimed it would be possible for hydrological engineers to restore the waterway on its original course above ground, running past Mare Street and down to Hackney Wick.

He said: “It would go down Wick Road, which is a terrible road. Hackney Wick is being redeveloped now – the amount of demolition there is incredible – so there is an opportunity.” 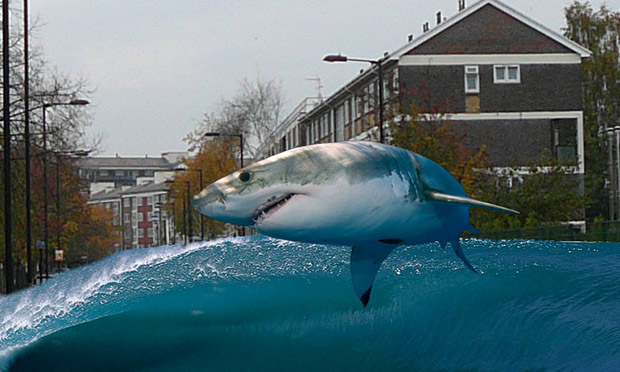 Of the council’s draft masterplan, he complained: “There is no grand vision, and grand visions are what make people want to live, really.”

Jeraj, who ran for the post of Mayor of Hackney in the by-election earlier this year and came second, said: “I like the idea of restoring the brook. I think this could be part of promoting nature and biodiversity through green buildings and public space.”

He also called for buildings that could generate renewable energy, green roofs and the setting up of a community land trust in Hackney Central.

Ankit Love, whose “techno progressive” One Love Party also fielded a candidate at the mayoral election, similarly welcomed the idea and called for a monument in Hackney Central to remember all victims of air pollution to be created as part of the council’s masterplan.

“About 60,000 people in Britain died in the Second World War overall, and there are lots of monuments for that,” he said. “We need a central monument for all the victims of air pollution.”

However, Tom Bolton, an author who is currently working on the second volume of his guide to London’s lost rivers, said resurrecting Hackney Brook was a complete non-starter.

He said: “It’s a practical impossibility because the amount of land that it runs through that belongs to other people and is very valuable is enormous. In terms of bringing the river back in its entirety, I don’t think it’s possible.”

Creating an ornamental river in Hackney Central along part of the course of the brook would be “missing the point”, he said.

And he added: “The attraction of these buried rivers is their mystery – the fact that they are there and not there, that we know about them but we can’t quite access them. That mystery is the crucial thing.”

Planners at the Town Hall have been frank in describing the current urban set-up in Hackney Central as “poor” and seemingly disconnected, and experts have praised the council for coming up with a “strategic vision” and allowing people to contribute their own ideas.

Harry Burchill, a policy expert from the Royal Town Planning Institute, welcomed the masterplan and said the consultation was an “opportunity for people to have their say” and to be as creative as they like in their ideas.

The consultation is taking place this month and next.

The council’s draft scheme includes proposals for a new public square at the bottom of the Narrow Way and a redevelopment of the Tesco site in Morning Lane.

If Mare Street is to be made fit for the future, planners must arguably think radically and embrace innovative new technology like the “interoperable flooring solution” in West Ham Station which uses kinetic energy from pedestrian’s footsteps to power nearby lights.

Ellie Crathern from Pavegen, which produces this technology, said her company currently has no plans to replicate this scheme in Hackney, but she added: “Hopefully we will in the near future.”

She told the Hackney Citizen: “If Hackney Council is looking for ways of generating renewable energy and engaging the public with the importance of sustainability, then we would love to collaborate.”

The council has long said that it hopes to encourage tall buildings in Hackney Central, and its draft masterplan includes images of new “Tesco Towers” that could be constructed off Morning Lane.

Simon Cole, who runs walking tours of Hackney and is taking part in a TEDx discussion on building better cities at the CLR James Library next month, suggested building a version if the i360 – Brighton’s “vertical pier” – in Hackney Central to allow visitors to enjoy a “bird’s eye view” of the borough.

The One Love Party has previously proposed borrowing money to construct the tallest building in the world – taller than the 163 storey Burj Khalifa – in Hackney Central to provide homes for social rent in order to ease London’s housing crisis.

A draft version of the council’s masterplan can be viewed on its website.

People can have their say by calling 020 8356 1318 or can visit drop-in sessions on 1 November (10am-1pm at Hackney Central Library) or 10 November (3-6pm at the junction of Mare Street and Westgate Street, opposite Space Studios).

← Exceptional home care that is as individual as you are!Council launches £640k recycling rewards scheme despite ‘mixed results’ →