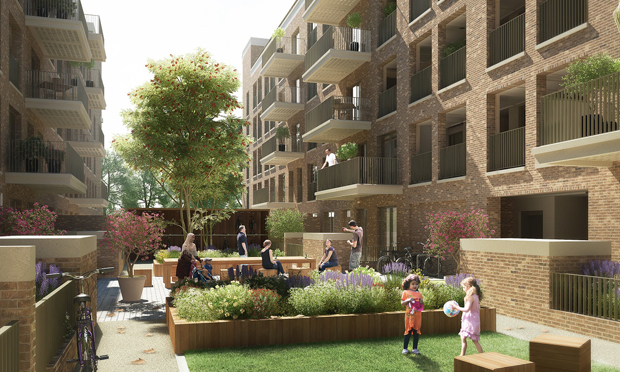 A render of how the £200 million regeneration of Nightingale Estate will look. Image credit: Hackney Council

The Nightingale Estate is expected to get 400 new homes in the final stage of an ambitious £200 million regeneration scheme, despite two other separate developments having been planned in the same area.

The two hectare site to be used in the latest proposal will provide a mix of properties for social rent, shared ownership and private sale. The plan also includes improvements to public spaces across the estate, with playgrounds, trees, retail space and a new community centre all being promised.

It is hoped money raised from sales of the private homes will fund the project in the absence of government grants, as well as providing cash for further council housing.

“We’ve worked closely with local people for the last few years to put their ambitions at the heart of our designs – including providing homes for social rent – and I’m pleased so many residents have backed these plans.

“Our ambitious regeneration programme will build thousands of new homes across Hackney to ease the capital’s housing crisis – with more than half of them genuinely affordable for local families.” 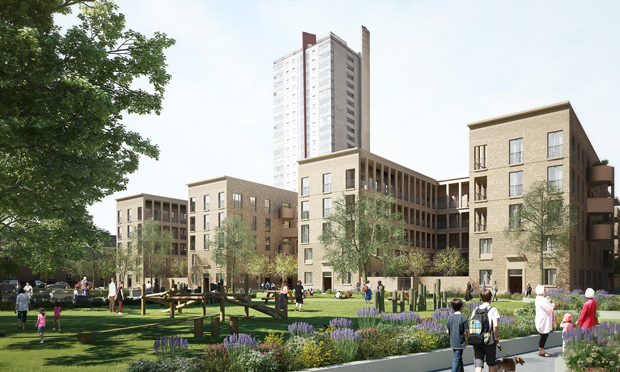 “I’m proud that Hackney is building more social housing than any other borough in London, and money from some of the homes for outright sale at this development will help pay for new council housing elsewhere in our borough.”

The plans have drawn mixed reviews from residents, however.

“However, there are slight niggles… I’m not against development, I’m all for it to improve the local area, but so much development, all occurring around the same time, will cause problems.

“It will ultimately mean the residents of Nightingale Estate and those nearby will be living in a massive building site with disruption and noise for a few years to come.”

Fellow resident Patricia Semain, who has lived on the estate since 1971, echoed these concerns.

She said: “For those of us who have been here from the beginning of the regeneration, we’ve been living on a building site practically ever since.

“We’ve been living with hoarding round us for the last ten years.

“Opposite me were supposed to be lovely little houses. It looks like Legoland now.

“Overall the tenants’ association are happy with what we have got. But I feel that it’s just too many people and they have put too much on it. A new school, 450 new homes and two new tower blocks are going up – it’s too many people.”

The regeneration is part of a Hackney-wide scheme to provide nearly 3000 new homes across 18 estates. At least half of these will be built for affordable social renting and shared ownership, with the rest for private sale.

The destruction of one of the old Nightingale Estate tower blocks featured on TV show Top Gear in 2003, when producers placed a Toyota Hilux on the roof. Miraculously, it still worked after the demolition.

The plan for the 400 new homes has been submitted to planners, and, if approved, construction will begin at the end of 2017, with completion expected in 2020.

← The red tide: a tomato tour from Naples to Stoke NewingtonResidents fume at plans to scrap cyclists’ crossing at Olympic Park →