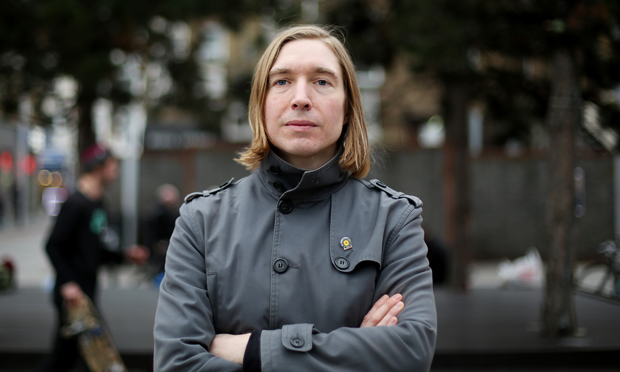 While most people will use the Great British summer as an opportunity to get their skin burnt at an overpriced rooftop bar or see an auspicious indie band blast their way through a muddy festival, there is no shortage of good stuff happening in North East London.

The gig began with Me, Claudius, a part-Welsh, all Female electro-dub outfit, who make grating folk music. They were followed by Justin Paton, an avid fan of squelchy synthesisers, whose trademark sound is good ol’ fashioned acid house. The former sounded like a tortured KLF who have had their trademark tangy samples confiscated from them, while the latter locked into imperfect wonky dance grooves that made the walls sweat.

I caught up with Dunning after Paton’s set. He told me that ‘Fractal Meat…’ began its life three-and-a-half years ago, while NTS was still dominated by club DJs promoting their own nights. The station wanted to broaden its output and approached him with an open-ended brief. “They wanted to bring experimental music, electronic music and sound art together,” Dunning explained. “So, that’s a pretty broad spectrum, but I would play stuff the other shows weren’t covering.” Perhaps it’s appropriate then, that the show’s name originates from Paul Hegarty’s 2007 book on sound art, Noise/Music: A History.

Heading back, once again, into the cavernous depths of New River Studios, we were treated to the subtle, melancholic improvisations of Far Rainbow. This electronics and drums duo make music that resembles crackling tinfoil riding an errant wind. There are tepid waves and scenes of a damp, night-time London projected in the background, drawing parallels between the loneliness of both vistas.

The last act I managed to catch before setting off for the night bus home was a collaborative set between Steph Horak and Tom Richards. Richards was launching his new cassette, ‘Selected Live Recordings 2013-16’, on the Fractal Meat Cuts label. Horak also features on this album. Using re-purposed and outmoded electronic devices in tandem with custom built modular systems, Richards creates bleak, but elastic atmospherics. To counter his “heavily textured, polyrhythmic improvisations” Horak works with rule-based compositional methods, which include modulating her voice using software and effects. Horak and Richard’s collaboration was dark, but full of energy.

Before heading home, I managed to catch Dunning once again and asked what he looks for when putting on an event like this: one that is a tape label, radio programme and sound art gig all-in-one. “Lots of like-minded people having a good time,” he answered. Fair enough. And with that, I went into the stifling summer night.