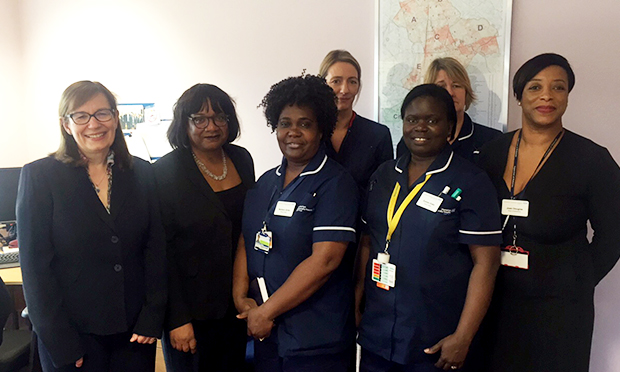 Responding to the news, the MP for Hackney and Stoke Newington said: “Today is yet another sorry episode in the saga of the Government’s mishandled negotiations with junior doctors. It is disappointing that several months on, we still do not have a contract in place that junior doctors feel able to support.

The shadow secretary of state for health met with nurses and A&E staff at Homerton University Hospital this afternoon.

“We need a government that can command the support of patients and professionals in the NHS and this government has shown it can do neither. Waiting lists are growing, hospitals are in crisis and patient care is going backwards,” she said.

“The Tories are failing the NHS. They need to a find a resolution to this dispute as soon as possible. The junior doctors’ committee will meet tomorrow to decide how they take matters forward.

“Junior doctors command the support of the British public. It is clear that the public will have faith in its doctors, long after they have lost faith in this Tory government.”

NHS junior doctors voted to reject the government’s final offer on their new contract, despite weeks of talks to try to get agreement.

Almost six in 10 junior doctors (58 per cent) working who belong to the British Medical Association turned down the deal, whilst 42 per cent endorsed it.

About 37,000 BMA members, or 68 per cent of the 54,000 trainee doctors and final- and penultimate-year medical students who were eligible to vote, took part in the ballot.

The government had argued that the contract was good for doctors, giving them a substantial pay increase, and good for the NHS in that it supported patients and moved towards a seven day service.