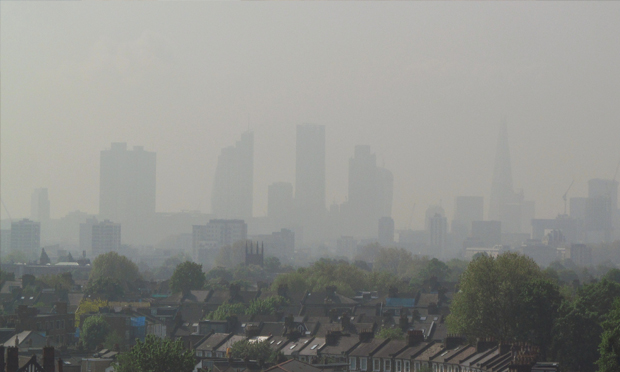 An air quality report said that in 2010 a total of 433 of London’s 1,777 primary schools were located in areas where NO2 pollution exceeded EU limits.

De Beauvoir Primary, St John the Baptist Church of England Primary and St Monica’s Roman Catholic were in the top 100 worst hit schools for nitrogen dioxide levels in the capital.

The figures appeared in Analysing Air Pollution Exposure in London, an air quality report by independent consultancy Aether. It was commissioned in early 2013 by the Greater London Authority (GLA) whilst Boris Johnson was London Mayor.

The researchers found that in 2010, residents in the city’s most deprived boroughs, including Hackney, Tower Hamlets and Newham, tended on average to be more exposed to poor air quality than those in wealthier areas.

The report was commissioned in early 2013 by the Greater London Authority (GLA) whilst Boris Johnson was London Mayor. It was completed in September that year but never published.

The former Conservative mayor has been criticised by Councillor Feryal Demirci, Cabinet Member for Neighbourhoods and Sustainability at Hackney Council, for not publishing the report during his mayoralty.

She said: “I am extremely disappointed that this report was hidden back in 2013. Air pollution is one of the biggest threats to public health in London – no child should have to put up with it.

“Last year Hackney Council published its air quality action plan, which sets out how we will work towards meeting national air quality objectives for nitrogen dioxide. But we can’t achieve this alone – that is why since 2014 we have been calling on the mayor of London to extend the ultra low emission zone.

“We will also look at ways to reduce traffic outside schools during the morning and evening rush-hours.”

A spokesperson for newly-elected London Mayor Sadiq Khan said: “This shocking report reveals a snapshot of the true impact that our polluted air has on some of London’s most vulnerable communities.

“It is difficult to understand why the last mayoralty decided to cover it up and not fully release it in 2013 – they clearly didn’t want Londoners to know the dire state of pollution in the capital.”

Of the 1,344 schools located in areas below the pollution limit, less than a fifth were in deprived areas.

Although the number of affected schools is expected to reduce significantly by 2020, there is still a “clear disparity” between deprived and non-deprived schools, the report said.

Caroline Russell, a Green party London assembly member, said: “Children are at risk of reduced lung capacity and are particularly vulnerable to developing asthma from excessive vehicular pollution. It is staggering that Boris Johnson sat on this report for two and a half years.”

Nitrogen dioxide is linked to respiratory problems and is produced by diesel vehicles.

The 27 Hackney primary schools and average NO2 concentration in 2010 (measured in milligrams per cubic metre) were:

← Campaigners to get their day in court over council thumbs-up for Wireless festivalWill Volley, Hackney graphic novelist and creator of The Opportunity – interview →