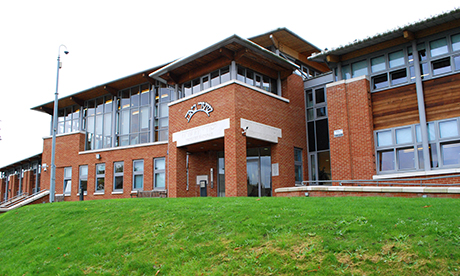 A school in Stamford Hill has been told to revise its admissions policy “as quickly as possible” after a number of breaches were found in its arrangements, a government report has ruled.

The admissions arrangements for Yesodey Hatorah Senior Girls, a Charedi Jewish school serving Stamford Hill’s Orthodox Community, do not conform in a “significant number of ways” with the requirements, the report said.

The Office of the Schools Adjudicator investigated the school’s arrangements following complaints lodged by The Fair Admissions Campaign, a group which campaigns against religious selection in school admissions.

The objections raised were to aspects of the faith-based oversubscription criteria used by the school; a number of matters relating to the school’s supplementary information form (SIF); and the random allocation procedures used in the arrangements.

One of the objections upheld by the adjudicator was to the statement that “all pupils will need to abide by the principles and ethics of the Charedi community as guided by the Rabbinate of the Union of Orthodox Hebrew Congregations”.

The Fair Admissions Campaign argued this breached a number of provisions in the code, such as the rule that schools with a religious character are required to offer “every child who applies, whether of the faith, another faith or no faith, a place at the school if there are places available”.

The objector also questioned whether a statement about the strict dress code and TV and internet in the home was compliant with the Code.

The school argued that these provisions did not dictate a dress code or access to TV and internet but “defined religiously the conditions that must be met in order to gain priority status” – the adjudicator agreed and did not uphold the complaint.

Rabbi Abraham Pinter, Headteacher at Yesodey Hatorah, said that because the school is often undersubscribed, its admissions policy was “academic” and “untested”.

Rabbi Pinter said he welcomed the investigation and that he was “delighted” that the objection to the school’s ethos was not upheld by the adjudicator. He said: “We are undersubscribed. Any child can get in. Admissions policies only apply if you are oversubscribed.”

“As a result of having to make these changes, [our arrangements] are now more robust. It is a form of wording, and it is important that these policies should be transparent. The adjudicator has done us a favour.”

A spokesman for the Fair Admissions Campaign said: “We’re happy with the outcome of this determination, which was essentially upheld on all grounds.”

A Spokesperson for Hackney Learning Trust said: “We agree with some of the points raised by the objectors and are keen to find a way forward which will suit both the interests of the school and help the borough to prepare for the predicted increase in demand for secondary school places.”

Yesodey Hatorah Senior Girls School was at the centre of an exam redacting scandal earlier this year, and had its rating downgraded from ‘Outstanding’ to ‘Good’, following a no-notice Ofsted inspection in October.