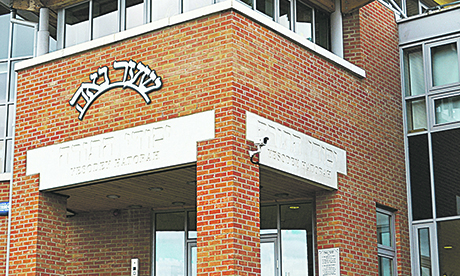 Exams regulator Ofqual has rewritten its policy on the blacking-out of exam questions following an investigation into the practice at a charedi Orthodox Jewish school in Stamford Hill.

The school was one of two found to be redacting exam questions of religious sensitivity, meaning students were unable to answer them.

Ofqual’s director of regulatory operations Jane Farleigh wrote to the exam boards on 31 March clarifying their new policy on the matter:  “I expect you to treat this as malpractice,” she wrote. “Any agreements that are currently in place should be withdrawn before any further assessments are taken.”

Blacking-out questions “prevents candidates from having access to the full range of marks available. It also undermines the validity of the assessment,” wrote Farleigh.

Last October the National Secular Society (NSS) brought unconfirmed reports of the practice to the Oxford, Cambridge and RSA exam board (OCR), leading to an investigation which confirmed their suspicions.

The investigation was then brought to Ofqual’s attention by the OCR.

Prior to this investigation the redaction of exam questions in state schools was a matter of agreement between parents and the school.

OCR’s initial investigation showed no malpractice because it concluded that students gained no advantage as a result of the edited exam paper – but Ofqual later ruled that edited exam papers are not fit for purpose.

“Malpractice usually involves people cheating to get more marks, not the other way around,” said Bene’t Steinberg of the OCR.

In a letter to parents from October 2013, Yesoday Hatorah’s headteacher explained the school’s policy of redacting exam questions that are considered  “culturally and halachically  questionable.”

The school wrote that the matter had been resolved “amicably” with the exam board under new terms which would allow them to continue the practice which the headteacher wrote “has successfully been in place within the charedi schools throughout England for many years, and to date has never posed a problem with the examination boards.”

But the new agreement never came to fruition, as Ofqual has now banned redactions entirely on the grounds that they disadvantage pupils and undermine the validity of the assessment.

In its statement, Ofqual evidenced the practice to be “very rare,” but sources including Rabbi Pinter insist it is widespread.

“Tens of schools within this orthodox community redact exam questions,” he told the Hackney Citizen. “I know it not to be rare”.

“Allowing faith schools to censor questions they do not approve of neglects children’s independent interests. Such an approach fails pupils by denying them vital marks, but also deprives them of vital scientific knowledge,” said the Society’s campaigns manager Stephen Evans.

Responding to the new policy, Rabbi Pinter said: “We would like to discuss the issue with Ofqual. We see this as a knee-jerk reaction to an extreme group – the NSS and the British Humanist Association who are opposed to the whole concept of faith schools.

“We feel that Ofqual were bullied into this decision.”