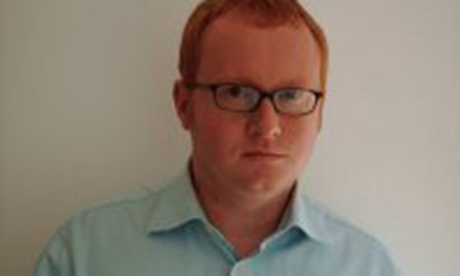 There is no denying it. Hackney’s Labour councillors have in recent years been uncommonly well behaved – certainly compared with some of their predecessors.

The emphasis on unity and loyalty within the Labour group is striking, and in some ways surprising given the party’s seemingly unassailable dominance locally – a dominance only reinforced at last month’s local election.

But those pondering why the periodic outbreaks of political infighting that have been a feature in other Labour boroughs such as Camden have not haunted Hackney in recent years should cast their minds back to the 1990s and earlier, when such bouts seriously harmed the party on this normally solidly Labour turf – a sobering experience that still serves as a warning to the current crop of councillors.

This analysis accords with that of Luke Akehurst, a self-described “tribally Labour” former local chief whip and influential voice within his party.

Akehurst stood down at last month’s election after serving over 10 years as a councillor. Speaking before the election, he confessed he was “surprised” there was not more dissent within the Hackney Labour ranks.

So, could we ever see a return to the harmful infighting of the past?

“I don’t see that happening with this intake of councillors in Hackney,” said Akehurst. “We have a very vigorous panel process where we interview people and check their record of public service and their motives and their record of work for the party.

“The Hackney Labour Party is an extremely broad church, but we all kind of rub along quite happily.”

The choices Hackney’s Mayor Jules Pipe now makes for his new cabinet are, however, “critical”, according to Akehurst.

Many experienced councillors stepped down at last month’s election, but the incoming ones are apparently “talented”.

In his interview with the Hackney Citizen Akehurst also revealed he might try and gain selection as a prospective parliamentary candidate.

And he described council tax as “regressive”, saying Labour was right to have frozen it while in power in Hackney.

A partial transcript of the rest of the interview is included below.

JL: Hackney is a gentrifying borough. Rich people are moving into swanky apartments, particularly in the south. What will that do to the Labour vote?

LA: I’m more concerned about what it is going to do to the social cohesion of Hackney. It is a process that is going on at the moment because of the government we have got and their lack of interest in social housing.

It is the unfettered market, and the market forces involved are quite terrifying. The Evening Standard today said house prices in Hackney have gone up 73 per cent since 2009.

So it is increasingly not an affordable place for middle or even quite high income people to live and I’m concerned about that potentially impacting on the cohesion of the borough.

If you have got people living in social housing who are still some of the most deprived people in the country and the only other thing you have got in the borough is very wealthy housing, well, we have got to be very careful and try to have a housing strategy that addresses it and keeps some of the social mix of the borough.

The Hackney Labour group is going to have to have an offer to those people… but then I think that is a case I would make across the board.

We don’t have any block of voters in the country at the moment that can be taken for granted by any party.

Nowadays it isn’t just a case of rolling out your bedrock vote.

You have got to win every four years and keep people involved, keep consulting them and understand what it is they want from the local council, which in the context of not very much budget from central government is quite difficult.

JL: Would you describe yourself as a socialist?

LA: I am happy with the description democratic socialist.

I am equally happy with the description social democrat with a small ‘s’ and a small ‘d’ because I’m old enough to remember that it means something else with a big ‘S’ and a big ‘D’.

JL: You are thought of as being on the right of your party because of your views on defence and the Israeli-Palestinian conflict.

LA: I don’t have any problem saying I think you can be a really passionate social democrat and think the country should be well defended or take particular stances on foreign policy issues.

People always look at me at a certain place on the spectrum because they look at those views that I’m quite strident about – international relations and defence stuff – and actually if you took those out of the picture and look at where I was on domestic policy, for instance the involvement of the private sector in public services or the choice agenda in public services, I am somewhere probably a lot nearer the centre of the Labour Party spectrum.

JL: Hypothetical question: Would you leave Labour if the party committed itself to scraping Britain’s nuclear deterrent?

I would have had the same beliefs as them on nuclear deterrence and being in the common market, but they should have stayed in the Labour Party and fought for those things.

But I can’t envisage ever being in any political home other than the Labour Party.

The thing people need to understand is that the people that I radically disagree with on some major issues both in the local party and in the national party, I believe that actually they have got the same fundamental values as me.

I want to be in the same party as them even though I disagree with them on some big issues, because actually the fundamental stuff about wanting a more equal, socially just society, we are inspired by the same stuff.

I’m pretty sure if you got us all to sketch out a vision of where we wanted the country to be in the future it would be broadly similar in terms of that domestic agenda, though it might differ on the policies of how to get there.

JL: Would you stay in the party if it supported a boycott of Israeli goods?

LA: Yes, I’d stay in the Labour Party and fight to get it to change those policies, the same way that people who support the boycott movement towards Israel are Labour Party members and are trying to change Labour Party policy to that.

I didn’t join the Labour Party for single issue reasons, I joined it because I philosophically believe in what the party stands for in terms of a more equal future.

JL: What if the Labour Party was no longer committed to an NHS free at the point of use?

LA: It wouldn’t be the Labour Party then, but that is so hypothetical I don’t think I’m going to engage with that one.

Let’s put it this way, if the Labour Party has so fundamentally moved away from what it stands for as that, there would not be anyone in it, let alone Luke Akehurst.

JL: Lastly I want to talk about your future plans now you are leaving Hackney. You hope to try and influence politics on a national level and perhaps even run to become an MP. It all sounds too much like hard work, especially when you have a young family.

LA: I’m into hard work. You have one life and you try and make the most of it. Actually I’m in a bit of a hurry. Having been seriously ill it has kind of taught me about potential mortality.

I was 37 when I had a life-threatening illness.

I don’t want to hang around watching people do stuff on a national level and thinking I could make a serious contribution to that.

If I didn’t think I could do something helpful and useful I wouldn’t be interested, but I do think that if you really want to change things in the country then you can do it to a certain degree on a local government level but some of the issues I’m interested in go beyond local government.

I’d like the opportunity to try and really change things. The vision of society I have got I want to try and get a bit nearer to during whatever time is allotted to me.

Prominent councillor Luke Akehurst to stand down at local elections