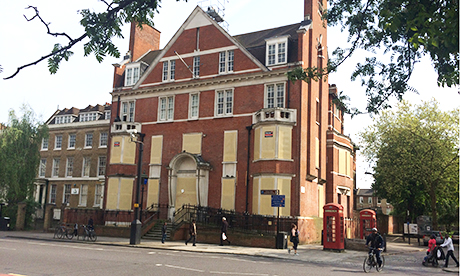 Squatters occupying a building controversially earmarked for a free school are bracing themselves for eviction.

The Olive School, a Muslim free school currently based in temporary accommodation in Stoke Newington, wants to move into the Grade II listed Hackney Central Police Station building in Clapton – but the site has been occupied by squatters since around April.

A district judge last month rejected the squatters defence against a possession order – but bailiffs are yet to take action.

A spokesperson for the squatters said: “Every morning people expect the door to be kicked in. The authorities have been aggressive and unpleasant and their action is completely unnecessary.

“Everyone living there is a vulnerable person as they are homeless.” 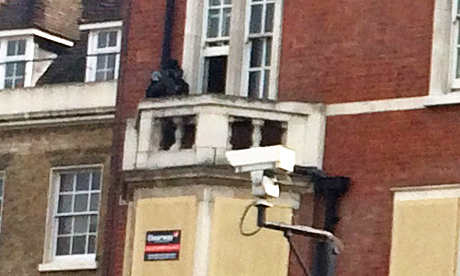 Looking out: a squatter on a balcony of the now-closed Hackney Central Police Station earlier this year. Photograph: Hackney Citizen

They added: “We told them that we would need a little time to make sure we could find alternative accommodation for everyone so that people weren’t forced to sleep on the streets.

“They replied that they do not care about the needs of those inside the building and that we were ‘very lucky’ our court case was before the weekend as they have applied for high court bailiffs to evict us as soon as possible.”

The Department for Education was “pushing for a fast eviction,” they said, and was “calling all the shots”, despite the Tauheedul Trust being the registered owners.

The police station site was sold off by the Mayor’s Office of Policing and Crime last year.

Its headteacher Julie Bradley said she had no knowledge about the progress or outcome of the eviction process.

The Department for Education said only that it was taking “appropriate action”.

Yesterday squatters occupying another building – Hoxton’s Gainsborough Car Wash – were involved in a standoff with police and bailiffs. The site is believed to be owned by Royal Mail. 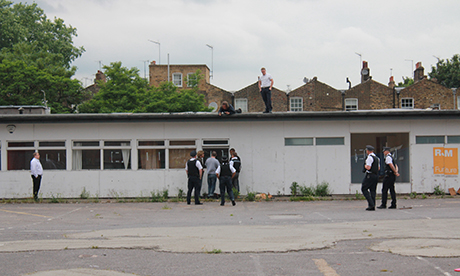 A crowd of up to thirty bystanders gathered along New North Road in the late afternoon, as one of the squatters, pursued by a bailiff, stood shouting on the roof of the single storey building, with many cyclists and motorists watching in the slow-moving traffic. 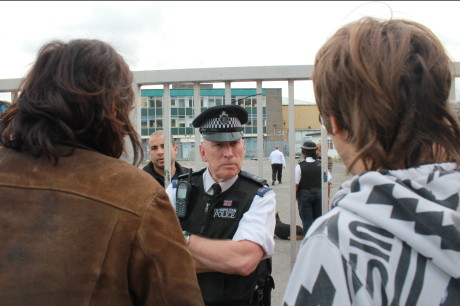 Police at the site in Hoxton. Squatters at the Hackney Police Station building in Clapton are also facing eviction. Photograph: Peter Yeung.

The young man on the roof could be heard saying: “He has come into my home: that is a criminal offence.

“These men ripped my repairs off the roof. I am afraid for my life, but the police stand there in silence.”

The Hackney Citizen is awaiting a comment from Royal Mail and Hackney Police.