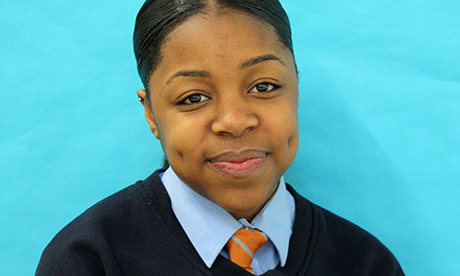 An online appeal has been launched to raise funds for the funeral of Urswick School student Shereka Marsh, 15, who died of a gunshot wound to the neck on Saturday 22 March.

Donations will be used to fund her funeral and to support her mother over the next few months.

In a statement and Urswick School spokeperson said: “Shereka was a popular, hard-working and successful student.

“She was due to take her GCSEs this summer and celebrate her 16th birthday in July. Her mother, other family members, her friends and the wider community remain devastated by her loss.”

Earlier this month (14 March) Shereka had joined other students in giving the Jamaican High Commissioner, Mrs Aloun Ndombet-Assamba, a tour of The Urswick School.

The fundraising appeal has been organised by the school and the High Commissioner, and facilitated by The Worshipful Company of Cordwainers, a long-time supporter of the school.

Parents of Year 7 and 8 students donated almost £500 on Friday.

Deputy Head Girl at The Urswick School, Dina Loufimpou, 16, said: “This is a big opportunity for us to show Shereka’s mum that she is not on her own and that we are here to support her.”

Senior Prefect, Canicia Charlery, 16, added: “Nobody wants to bury their child and this is a very hard time for Shereka’s mum, but we are all here to support her.”

A book of remembrance has been placed in the school, and students, staff and parents have been sharing their memories and thoughts of Shereka.

You can donate to Shereka’s fund here.