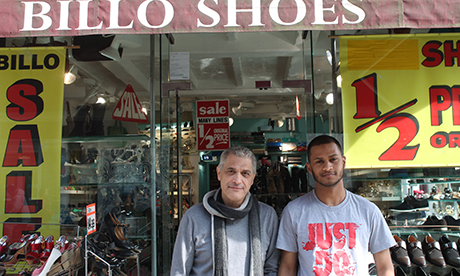 Traders have accused Town Hall planners of ignoring their concerns after Hackney Council announced buses are to be permanently banished from the Narrow Way.

The announcement that the historic street will now be forever free from motor vehicles follows a six month pedestrianisation trial during which the council says it consulted with shopkeepers.

Reduced congestion has been cited by the council as a reason for the decision, but Pawan Chawla, a spokesperson for Hackney Traders, which represents small businesses in the area, said the purge of the buses had adversely affected trade.

He said: “We don’t have much trade anymore. Footfall has dropped. The council keeps reporting that it has done traders a favour, but a petition against this pedestrianisation, written, signed and submitted by between 90 and 95 per cent of traders, was ignored. The regeneration programme is not benefiting the traders.”

He added: “We would like to ask the council this question: why do you invite us to meetings only to ignore our views?”

Ashad Moussan, a shop assistant who has worked at Narrow Way’s Billo Shoes for the last seven years, also complained of a lack of consultation.

Mr Moussan said trade had dropped by around 50 per cent and that a week-long revival of the buses, caused by a building collapse on Amhurst Road, had dramatically increased business.

‘“No one came round to ask our opinions,” he added. “It was baffling how you could just take away the buses and not ask the businesses.”

Not everyone is opposed to the change, though. Jane MacIntyre, who opened her ‘community hub’ cafe Hackney Heart last September, said she thought the pedestrianisation had had a positive impact on the area.

She said: “I think it’s changed the street completely. Before it was a wall of buses, literally solid buses. You couldn’t even see the other side of the street.”

Hackney Heart was consulted by the council, Ms MacIntyre said, and it also ran its own survey to test the popularity of the scheme which apparently found that people were largely in favour.

A spokesperson for Hackney Council said: “During a survey conducted for the council, independent specialists spoke to 48 businesses and a total of 960 residents, shoppers and visitors. In addition, Hackney Council received separately comments from more than 310 residents, visitors and traders during community events, from online comments, emails and phone calls.”