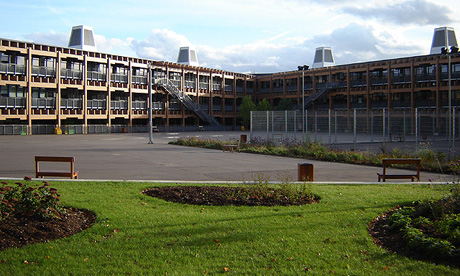 Academy schools are known for their strong focus on discipline, but is Mossbourne Community Academy becoming too zealous in its application of strict rules and regulations?

Former pupils of the Hackney Downs-based school think so. They have told the Hackney Citizen about a ‘ridiculous’ dispersal rule requiring students congregating in groups comprised of more than six individuals to disassociate from each other.

Daniel Ilelaboye, 18, who left the school last year, said that while Mossbourne’s stance on discipline helped many pupils, the dispersal rule was ‘meaningless’.

He added: “If friends joined us, we were told to separate, but you just ended up in two circles standing further apart. It was ridiculous.”

It is understood the rule was designed to prevent fights and mirrors similar policies that have been in place for years at other inner-city schools.

One former Mossbourne pupil said: “It was difficult for us as a friendship group of 10. It made socialising hard at times. Quite a lot of kids got depressed at school because they were not used to the strictness.”

A former Mossbourne pupil has told the Hackney Citizen how he was given a two hour detention for forgetting his socks. When he lost one glove he was told he could not wear the other alone because it was a gang symbol.

Mossbourne’s rulebook asks students to leave the school’s premises by the correct exit and ‘not linger’ nearby. It also requires them to remove outdoor coats when inside.

Sue Minto, head of ChildLine, said she did not want to comment on individual schools, but added: “If a school has got rules and regulations clearly linked to health and safety, that is fair enough, but personally and professionally I think schools that have got policies which are much more around values, behaviours and respect do much better than those with solutions like rules of dispersal.

“While I would not want to comment on individual schools because I would not know the details, I would not particularly promote the idea of some sort of dispersal rule unless they have got some clear evidence that recognises this is a specific issue.”

She added that dispersal rules were “a one size fits all approach based on the worst offender” and said children and young people should be given a role in forming school discipline policy themselves.

Sections 30-36 of the Anti-Social Behaviour Act allow police officers to disperse young people from areas where there is persistent anti-social behaviour, and many shops ban groups of young people from entering.

In 2008 there was outcry after it emerged ‘Mosquito’ devices emitting high-pitched whines only audible to young people were being used to disperse groups of teenagers from shopping centres.

At the time campaigners said use of such technology to disperse youths was symptomatic of society’s negative image of teenagers.