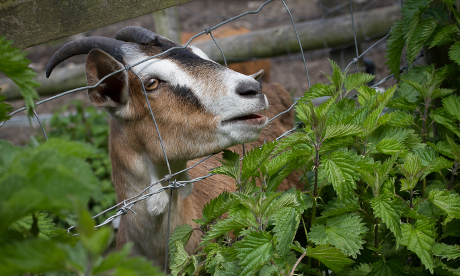 In the past goats have kept a low profile in the media, their biggest claim to fame probably being their starring role in  The Billy Goat’s Gruff. More significantly, they’ve also been widely ignored in the UK as a food source.

And while this may sound like news that will have goats everywhere jumping for joy, it actually proves far more detrimental to them and to us.

Goat has a great number of health benefits over traditional types of meat consumed in the UK. Far leaner than both lamb and beef, it also contains less cholesterol than its red meat counterparts.

James Whetlor, owner of the Cabrito Goat Meat company, explains its lack of popularity in the UK. “People have been historically trying to sell the wrong thing,” he says.

“They sell the nanny goats, which is like trying to sell mutton rather than lamb.”

The meat of a young kid goat is what is supplied to Victoria Park butchers The Ginger Pig. Kid goat meat is not only more tender but can also be prepared in far more diverse ways.

Nicola Swift, the firm’s Creative Food Director, explains its decision to stock goat meat. “It was admittedly a fairly slow process, but this was more about us weighing up how to promote kid meat rather than anything else,” she says.

“It’s certainly growing, and with it featuring ever more prevalently on restaurant menus and more widely in the press, we expect this to continue.”

Those looking to get their hands on goat will also be able to find it in Ridley Road Market in Dalston, as well in a number of Caribbean restaurants and takeaways across Hackney. But will goat meat ever get stocked by the big chain supermarkets?

James Whetlor certainly thinks so. “Absolutely” he says. “Partly because of the demographic nature of supermarkets, and also because of the second and third generation Muslims with middle class incomes in the UK who are looking for a quality supply of goat meat.”