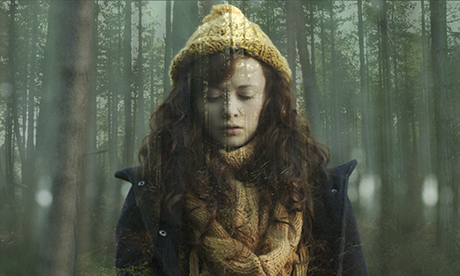 A still from Woodland by Frances Poletti

Underwire, the only short film festival in the UK dedicated to celebrating and promoting female cinematic talent, will this month be held at the Yard Theatre in Hackney Wick.

The festival was launched in 2010 to give women in the film industry more encouragement and a bigger platform for their work.

It believes a more gender balanced industry would benefit everyone by creating a diversity of perspectives, stories and experiences for audiences.

She says: “There’s no shortage of women working in the film industry. The problem is making features and being hired by bigger production companies.

“A lot of women make short films because that’s something people can do fairly independently.”

One of the highlights from this year’s programme is a BAFTA masterclass from Morag Ross, an award-winning costume and make up artist who has worked on films such as Orlando and Star Wars.

There’s also a cinematography programme as well as several panels including one on representing older women in film and another about screen representations of prostitutes.

“While we want to adjust what’s going on behind the camera we’re eager to ensure varied representations of women on screen as well,” explains Apicella.

“It’s about what we see on screen not necessarily being authentic and the effect those representations have on society and how people are led to believe various myths about women because of the stereotypes they see in films like Pretty Woman.”

After last year’s flirtation with south London, Underwire has returned to the east for its fourth year.

“When we started Underwire it was East London based simply because that was where we were most at home.

“The goal of the festival was always about helping filmmakers to develop their careers so it makes sense to move back into a space where we can really make that happen.”

What makes Underwire different from other short film festivals, says Apicella, is that it recognises not just the directors and producers of films but also the writers, cinematographers, editors and other skill areas.

“There’s some extraordinary talent out there and we try to nurture that talent,” she says.

“All of our prizes are to do with either mentoring or training programmes – they’re not just something shiny.”