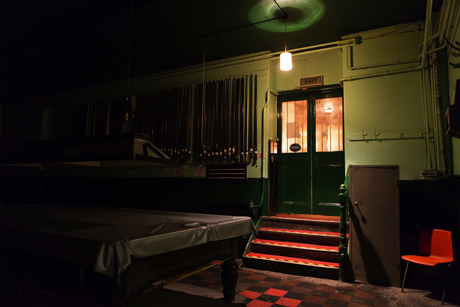 Only a handful of Working Men’s Clubs still exist in London.

The Mildmay Club in Newington Green (established 1888) is one of them.

The Victorian building, which boasts three halls and a nine-table snooker hall, has played host to several lucrative camera shoots over the years – Vera Drake and a series of Stewart Lee’s Comedy Vehicle were shot there.

But Brenda Brown, 70, a Mildmay Club committee member of 12 years standing, says the club is now “hanging on by the skin of our teeth”.

While all work done by the committee is completely voluntary, maintaining the vast building comes at a price, as do the wages for the three permanent staff.

Camera crews can apparently no longer access the building thanks to a recent spate of yellow lines painted down the road, and the club lost out on three shoots just last week.

But on the night the Hackney Citizen visits Ms Brown seemed more troubled by the cancellation of an elderly club member’s birthday party.

Brenda, like many, has been priced out of this formerly working class but now increasingly gentrified corner of the borough.

For the members, who all jointly own the club, it is the social centre of their community, but for the middle-class newcomers it is seen differently.

“They may book it for a wedding but this is not their scene, they call it quaint, they say it’s retro,” says Mr Fitzgerald.

Fred Jeffryes, an ex-plumber, says: “When the club can’t afford a bill, us committee members put our hands in our pockets.” 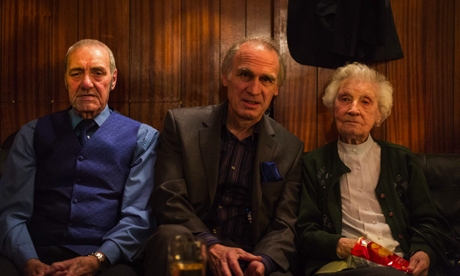 The club’s oldest member is Alice Riches, 97, who sometimes attends the club with her son Keith Riches.

Fred tells me that many of the club’s current members have come from other Working Men’s Clubs which have shut down.

Being part of the Club and Institute Union allows members to visit other affiliated clubs for free.

“I do sometimes go to other clubs,” says Mr Jeffryes, “but they’re overrun by bloody Spurs fans.”

Tom and Sadie Kehoe, of Statham Grove, have been coming to the Mildmay Club for 35 years and say they would be lost without it because “the pubs are too expensive and we’re like a family here”.

They are certainly right about prices, a pint at the Mildmay Club will give you change from three pounds.

“They are all going to that big club in the sky,” says Brenda Brown.