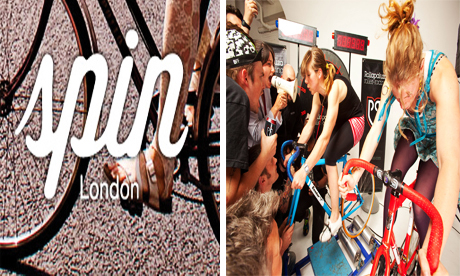 Race your mates: Rollapaluza will be just one of the many attractions at SPIN London

An urban cycling jamboree is expected to attract around 10,000 bike lovers to the capital’s East End this summer.

With Hackney-based bike builders and sellers among the nearly 50 exhibitors signed up so far, SPIN promises to be the hottest ticket in town come the first weekend in May.

To go with the BMX, custom builds, fixed and single speeds on display, the festival boasts a pedal-powered cinema, rollapaluza races, DJs and talks from guest speakers – with more names and events still to be announced.

Speaking to the Hackney Citizen, the show’s organiser, Alex Daw, said: “The main reason for doing it is to get loads of the interesting elements of cycling in the one place and to further open up cycling in an urban context.

“It’s just me on my own so it’s completely independent, I did a festival in Hackney called Little London fields in 2010 and that kind of gave me a bit of experience in running a large a scale event.”

The east-London based collagist and painter explained how the event came about: “I got asked to do a bike by Tokyobike, an artist’s bike, that was last year and that kind of got me thinking about doing an event. I was looking for an exhibition and for another project so I started working on this.”

The show aims to exhibit the more diverse and independent minded brands in urban cycling, from both home and abroad. Daw said he hopes the festival atmosphere will make the event a lot more than just a conventional trade show.

“It’s a mixture of shops and individuals really, the focus is independent [bike] makers, designers, so there’s some people who’ve started in warehouses or sheds who may still do that but they might be shipping them all over the world.”

Urban cycling accessories and fashions will also be on display. And with the event being held indoors, SPIN London gives its assurances that there is no need to worry about the unpredictable British weather.

Disabled access is available on request via a lift at the venue. Email: social@spinldn.com

A free event, SPIN Social, is being held this Thursday March 28th. Details and free tickets can be found here